Hawaii & Alaska
In this Sept. 6, 2017 photo provided by the National Oceanic and Atmospheric Administration (NOAA), fish swim on a reef at Pearl and Hermes Atoll in the Northwestern Hawaiian Islands. In 2016, government researchers were on a routine survey of Pearl and Hermes Atoll when they found small clumps of seaweed they'd never seen before. Last summer, they returned to find algae had taken over huge areas of the reef with seaweed nearly 8 inches (20 centimeters) thick and killing the coral underneath. Jacob Asher / NOAA via AP 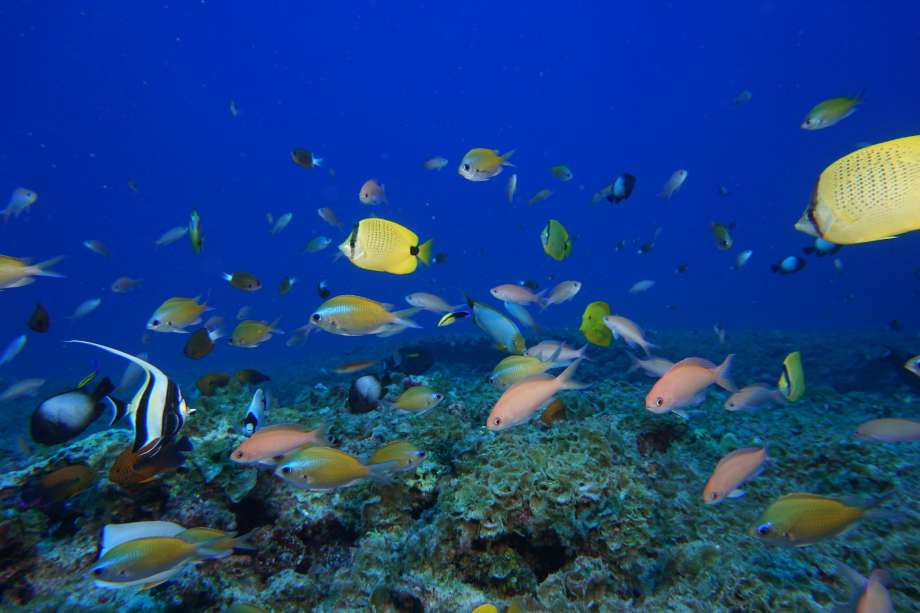 HI - Aggressive seaweed smothers one of world's most remote reefs

HONOLULU (AP) — Researchers say a recently discovered species of seaweed is killing large patches of coral on once-pristine reefs and is rapidly spreading across one of the most remote and protected ocean environments on earth.

A study from the University of Hawaii and others says the seaweed is spreading more rapidly than anything they've seen in the Northwestern Hawaiian Islands, a nature reserve that stretches more than 1,300 miles north of the main Hawaiian Islands. The study was published in the journal PLOS ONE on Tuesday.

The algae easily breaks off and rolls across the ocean floor like tumbleweed, scientists say, covering nearby reefs in thick vegetation that out-competes coral for space, sunlight and nutrients.

“This is a highly destructive seaweed with the potential to overgrow entire reefs,” said biologist Heather Spalding, a study co-author and longtime Hawaii algae researcher. “We need to figure out where it’s currently found, and what we can do to manage it.”

In 2016, government researchers were on a routine survey of Pearl and Hermes Atoll when they found small clumps of seaweed they'd never seen before.