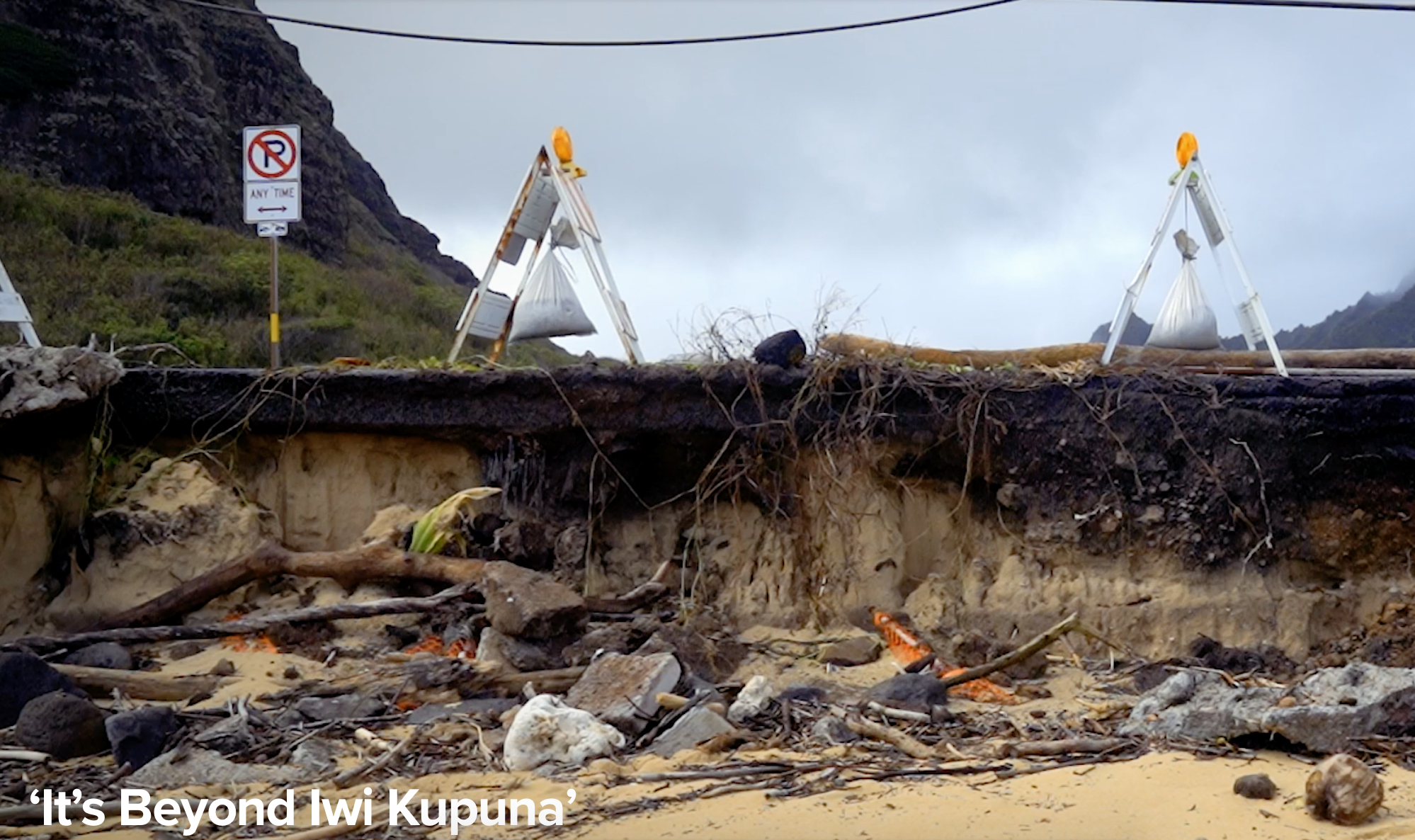 Climate change is threatening iwi kupuna from mauka to makai. Experts say the tools exist to come up with a solution but it will require political will.

Kamuela Kalai and Ian Masterson were sitting on a Kaaawa beach in January when they saw what looked like a little bamboo stick jutting out of the sand. The two were just talking story when they noticed it was actually a bone.

The pair followed the protocol of calling the police, and then the state Division of Conservation and Resources Enforcement, when finding iwi kupuna, or ancestral bones. It took a couple of hours before a state official could check it out. But Kalai knew then that it wouldn’t be the last time she’d have to call.

“We had no idea what was behind it, but we know that if you see one little fragment, there is probably going to be a lot more,” Kalai said.

Just a couple months later, hammering waves exposed a skull. Kalai and a group of friends committed to protecting the iwi kupuna and placed 300 sandbags to hold the shoreline in place and prevent more bones from being unveiled.

“We tried to make a barricade but … the water washed them all away,” Kalai said.

Recent heavy rains and winter’s high surf have cultural preservation experts and community members saying it’s time to consider climate change when protecting iwi kupuna. As more iwi have become uncovered by washed away shorelines and sea level rise, some are calling for more proactive management of these sacred and culturally significant sites.