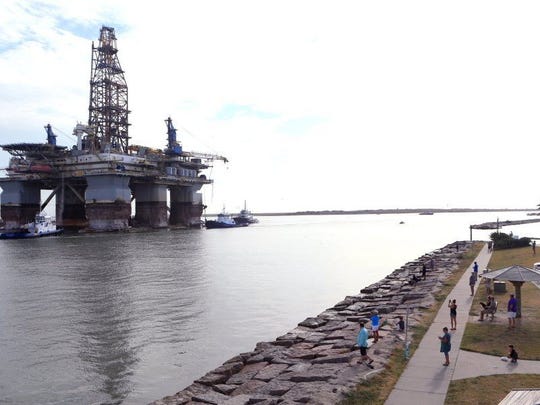 Nowadays it’s noteworthy to learn of any bipartisan measures in Washington, especially when it appears to benefit a handful of states.

GOMESA was enacted because Congress saw that the nation’s energy security depends upon stable coastal conditions including transportation, flood control and pipeline infrastructure along with healthy wetlands, water quality, resilient human communities and natural habitats in areas where offshore energy production is hosted.

GOMESA annually rewards those four states and their Coastal Political Subdivisions like Nueces County, with funds for coastal conservation and resiliency purposes. Last year, the Texas General Land Office received $46 million to invest on the coast and Nueces County received $614,486 in GOMESA funding. Both amounts rose 14% from the previous year because lease sales and energy production rose and GOMESA passes through funds based on annual OCS revenue results.

The first change increases the percent of shared OCS revenue from 37.5% to 50%. The second change would remove the $375 million cap above which OCS revenues are currently not shared. The third change would retroactively capture OCS lease and production royalties from 2000 to 2006.

The revenue sharing hike from 37.5% to 50% would put Gulf States at parity with landlocked states that receive 50% of federal onshore oil and gas revenues. This 12.5% rise comes at the expense of the beloved Land and Water Conservation Fund (LWCF), but the Interior Department’s endorsement last week of full LWCF funding offers a landmark conservation win that will use other funding sources.

The removal of the $375 million cap puts GOMESA states on the same footing as onshore producing states achieving another “equal treatment” change in revenue sharing.

The third COASTAL Act change moves GOMESA revenue-sharing’s start date to 2000 instead of 2006. This latter action could result in a one-time funding bump of more than $4 billion.

Florida would keep its OCS drilling ban in place and would forgo GOMESA oil and gas revenue sharing. Lastly, the COASTAL Act adds Alaska to the four energy-producing Gulf States.

Perhaps the most satisfying element of the COASTAL Act’s proposed charges to GOMESA is that Congress is recognizing our region’s contribution to energy security, national security and economic growth while at the same time investing in our sensitive and precious coastal natural resources.

“The Gulf Coast is home to vast energy and ecological resources and serves as a crucial pathway for trade and commerce … . The Gulf Coast hosts over half of the country’s oil refineries and pipelines serving 90% of the nation’s offshore energy production … . The Gulf Coast is home to 15.6 million acres of wetlands that support 97% (by weight) of the fish and shellfish caught by U.S. fishermen in the Gulf of Mexico … . Coastal wetlands serve as buffers against storm damage and sea level rise for communities and energy infrastructure, provide habitat for birds and wildlife, improve water quality, and support the tourism, hunting and fishing sectors of the economy.”

Clearly, the COASTAL Act’s multiple benefits offer the nation a unifying cause and offer coastal Texas and Nueces County the financial means to improve our resiliency and enhance our quality of life.

Barbara Canales is the Nueces County Judge. She submitted this article, unsolicited.