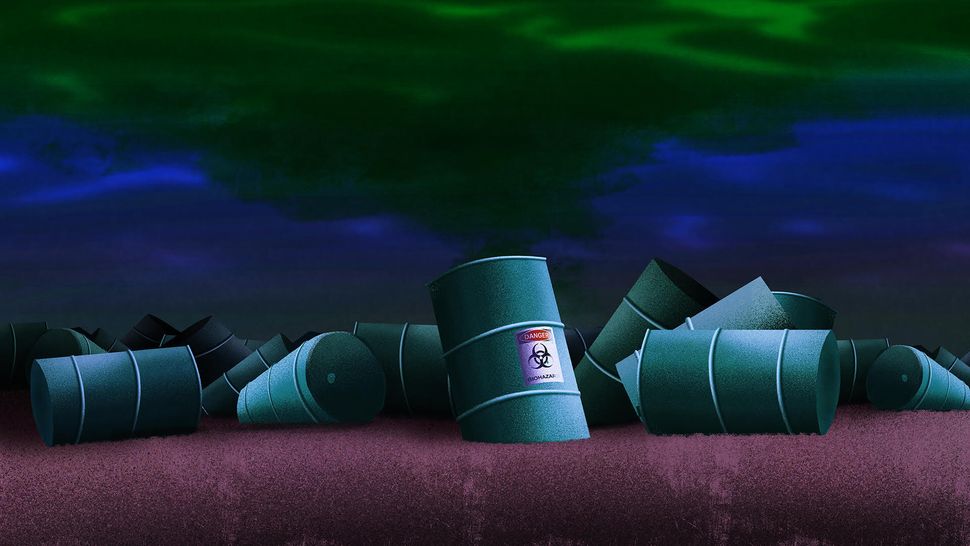 In the 1970s, the EPA allowed chemical companies to dump toxic waste into the deep sea. Now, oil giants are drilling right on top of it.

Seventy miles off the coast of Louisiana, among a maze of drilling platforms and seafloor pipelines, thousands of 55-gallon drums containing hazardous industrial chemicals litter a vast, dark swath of the ocean floor. They’ve been sitting there for nearly 50 years.

Charles McCreery was a few months into a new job as an oceanographer and water quality expert at the federal Bureau of Ocean Energy Management when he first learned of the dumping ground. It was 2014, and he was tasked with reviewing oil giant Shell’s exploration plans in an offshore leasing area known as Mississippi Canyon, in the north-central Gulf of Mexico. Deep in the document, he came across the company’s internal policy for steering clear of toxic waste barrels, and what to do should their operations puncture or disturb one.

“The content, and its toxicity, of each individual barrel is not known,” the Shell document reads. “Within the area there are/could be many hundreds of waste barrels. Many of the barrels may have released their contents over time.”

The plan detailed potential hazards associated with the drums, from worker exposure while retrieving deep-sea equipment to underwater explosions. Metal salts, one of the many waste materials discarded at the site, react violently when exposed to water.

Starting in 1973, the Environmental Protection Agency issued chemical giants permits to discard thousands of drums of industrial chemical waste at the offshore site. The pollutants included chlorinated hydrocarbons, or CHCs, a family of toxic chemicals that can persist in the environment and become concentrated in marine organisms, potentially migrating up the food chain and posing a risk to human health.