Gulf of Mexico
via The Weather Channel 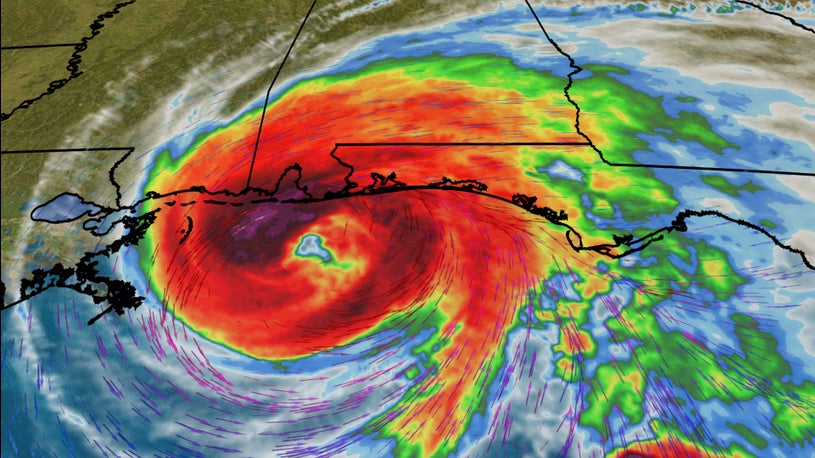 However, some sandy beaches in Mississippi may still be heavily damaged by Hurricane Sally, while beaches in Louisiana, Alabama and Florida may see moderate to minor damage. The most current version is always available on the USGS Coastal Change Hazards Portal.

In the new forecast, Mississippi is still expected to bear the brunt of the storm’s strong waves and surge, but the number of sandy beaches forecast to be inundated, or continuously covered by ocean water, has been reduced to 4%. This is the most severe type of storm effect on coastal beaches, with flooding behind the dunes that may affect coastal communities. Louisiana beaches will also encounter some inundation with 2% of Louisiana’s beaches projected to be inundated. Alabama’s sandy beaches are no longer expected to see any inundation.

The second worst type of coastal damage is called overwash and occurs when waves and surge reach higher than the top of dunes. The forecast for dune overwash has also been reduced since yesterday, with 34% of sandy beaches along Mississippi’s coast expected to be overwashed by Sally, while 14% of Lousiana’s and 3% of Alabama’s beaches will be overwashed. When a beach is overwashed, large amounts of sand can be deposited inland, causing significant changes to the landscape. Overwash can reduce the height of the coast’s protective line of sand dunes, alter the beaches’ profile, and leave areas behind the dunes more vulnerable to future storms.

The least severe level of storm damage on sandy shorelines is erosion at the base of sand dunes. This forecast has also been reduced, with 57% of Mississippi’s sandy shorelines, 32% of Alabama’s and 10% of Louisiana’s are predicted to erode at the dunes’ base. The forecast for Floriday remains the same, with only 1% of Florida’s sandy shorelines expected to be eroded by Sally.