Gulf of Mexico
via NeedPix.com 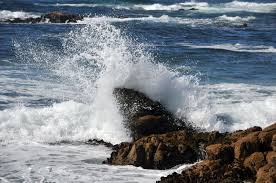 Researchers from Florida State University are shedding light on nutrient levels in the Gulf of Mexico with new findings published this month in the Journal of Geophysical Research -- Oceans.

The Gulf of Mexico receives considerable levels of nutrients from the rivers that empty into it, especially the Mississippi River, which causes the Gulf's northern shelf waters to become overly enriched and more susceptible to algae growth. But scientists have remained unsure whether a significant portion of those nutrients ever leave the Gulf to potentially impact the chemistry of the North Atlantic Ocean.

"The Gulf of Mexico is an economically important body of water, as the surrounding areas rely on it for tourism, fisheries and oil production, and it also has significant ecological diversity," said Samantha Howe, a graduate student in the College of Arts and Sciences' Department of Earth, Ocean and Atmospheric Science, who led the research. "It is important to track the nutrient input from the Mississippi and Atchafalaya River System to the Gulf as those nutrients contribute to harmful algal blooms on the Northern Gulf Shelf."

Researchers found no evidence that nitrate from the Mississippi-Atchafalaya River System is mixing across the Northern Gulf shelf into the open waters of the Gulf of Mexico. The findings are consistent with recent modeling work by fellow scientists that indicates 90 percent of Mississippi River nutrients are retained in the near-shore ecosystem, which implies that nutrients from the Mississippi River do not leave the Gulf.

"In order to assess and manage ecological challenges in the Gulf, it is critical to understand whether the nutrients are processed and retained nearshore or whether they are transported to the North Atlantic," Howe said. "This finding is valuable to know, as these ecosystems must harbor the nutrient burden."

To conduct the study, the team collected and analyzed water samples taken during four different research cruises to the Gulf and the Florida Straits from 2011 to 2018.

The research is the first ever to provide isotopic composition measurements of nitrate in the Gulf of Mexico, as well as a new isotopic profile from the Florida Straits. These new water column profiles were then compared with prior measurements from the North and South Atlantic and with the magnitude of nitrogen inputs to the Gulf.