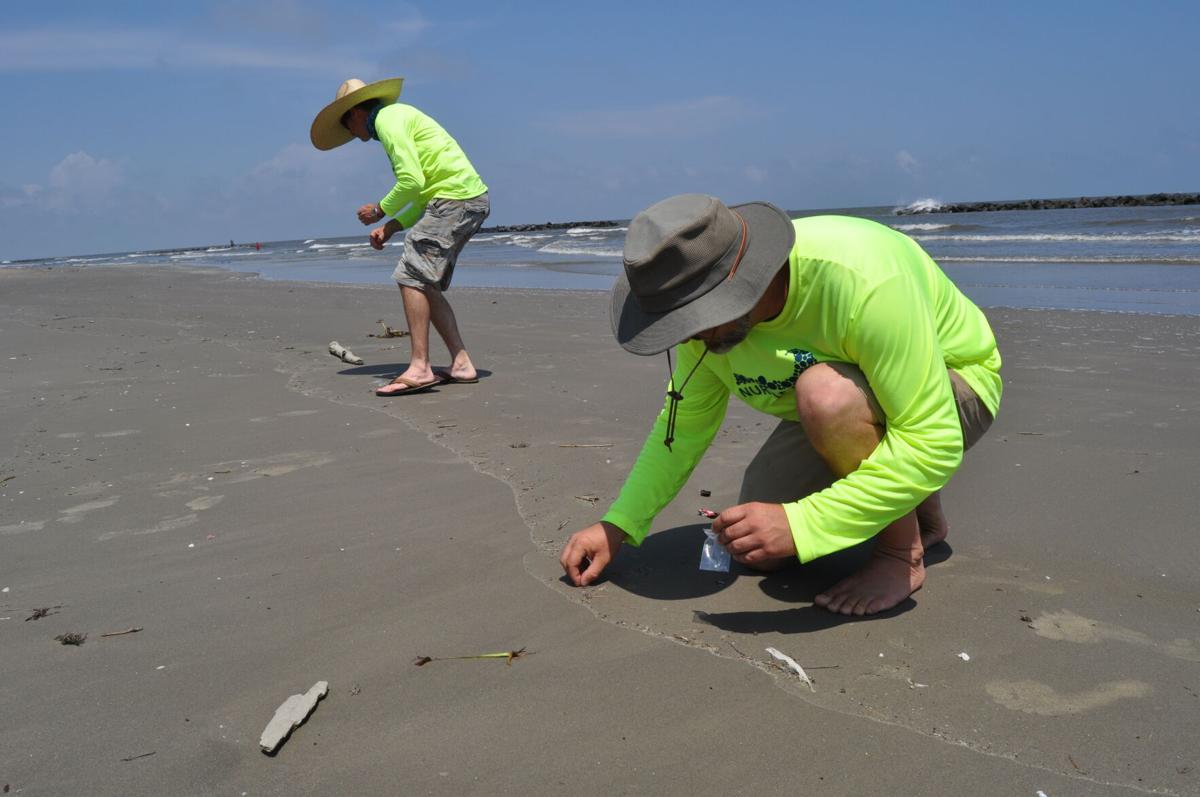 But there’s a lot more trash not easily seen, said Tunnell, a marine biologist with the University of Texas. He crouched and, just as he predicted, began finding tiny plastic pellets known as nurdles. Within a few minutes, he had a handful of the tapioca-sized bits, the raw material used to manufacture a host of plastic products but increasingly ending up in rivers and oceans.

“A lot of these ones look fresh,” Tunnell said as he dropped the nurdles into a plastic bag. “As they age, UV light turns them amber. So these ones are probably brand new.”

This particular crop of nurdles wasn't the downriver result of last month's massive Mississippi River nurdle spill in New Orleans. Tunnell’s nurdle hunt on Grand Isle was in May 2019, during a very busy spring, when he and hundreds of volunteers with the “Nurdle Patrol” fanned out across the Gulf Coast to document the presence of nurdles at thousands of survey sites.

The resulting study, recently published in the Marine Pollution Bulletin, shows that almost every beach surveyed last year in Texas and Louisiana had nurdles. Concentrations were highest in Texas, a major nurdle producer and the end of the line for the Gulf Stream current, which has long pushed a large share of the Atlantic Ocean’s floating trash to Texas. Most survey areas in Texas had about 150 nurdles, but more than 30,800 nurdles were collected in 10 minutes at one spot near Galveston.

Louisiana’s concentrations were much lower, with a median of 36 nurdles per survey, but higher than Mississippi and Alabama. Most survey sites in Florida had no nurdles.