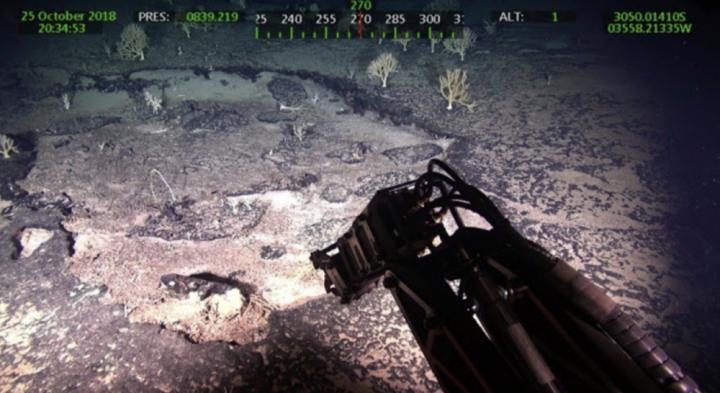 Researchers conducted the first large-scale survey of the microbiota present in the seamount's ferromanganese crusts, describing bacteria and archaea involved in the nutrient cycle and formation of metals

The abundant biological and mineral diversity of the Rio Grande Rise, a seamount in the depths of the Atlantic Ocean about 1,500 km from the coast of Brazil, is probably due to a great extent to little-known microscopic creatures.

Researchers affiliated with the University of São Paulo's Oceanographic Institute (IO-USP), collaborating with colleagues at the UK's National Oceanography Center, investigated the microorganisms inhabiting the seamount's ferromanganese crusts and concluded that bacteria and archaea are probably responsible for maintaining the abundant local life, besides being involved in the process of biomineralization that forms the metals present in the crusts.

An article published in the journal Microbial Ecology describes the study, which was funded by FAPESP and the UK's Natural Environment Research Council (NERC).