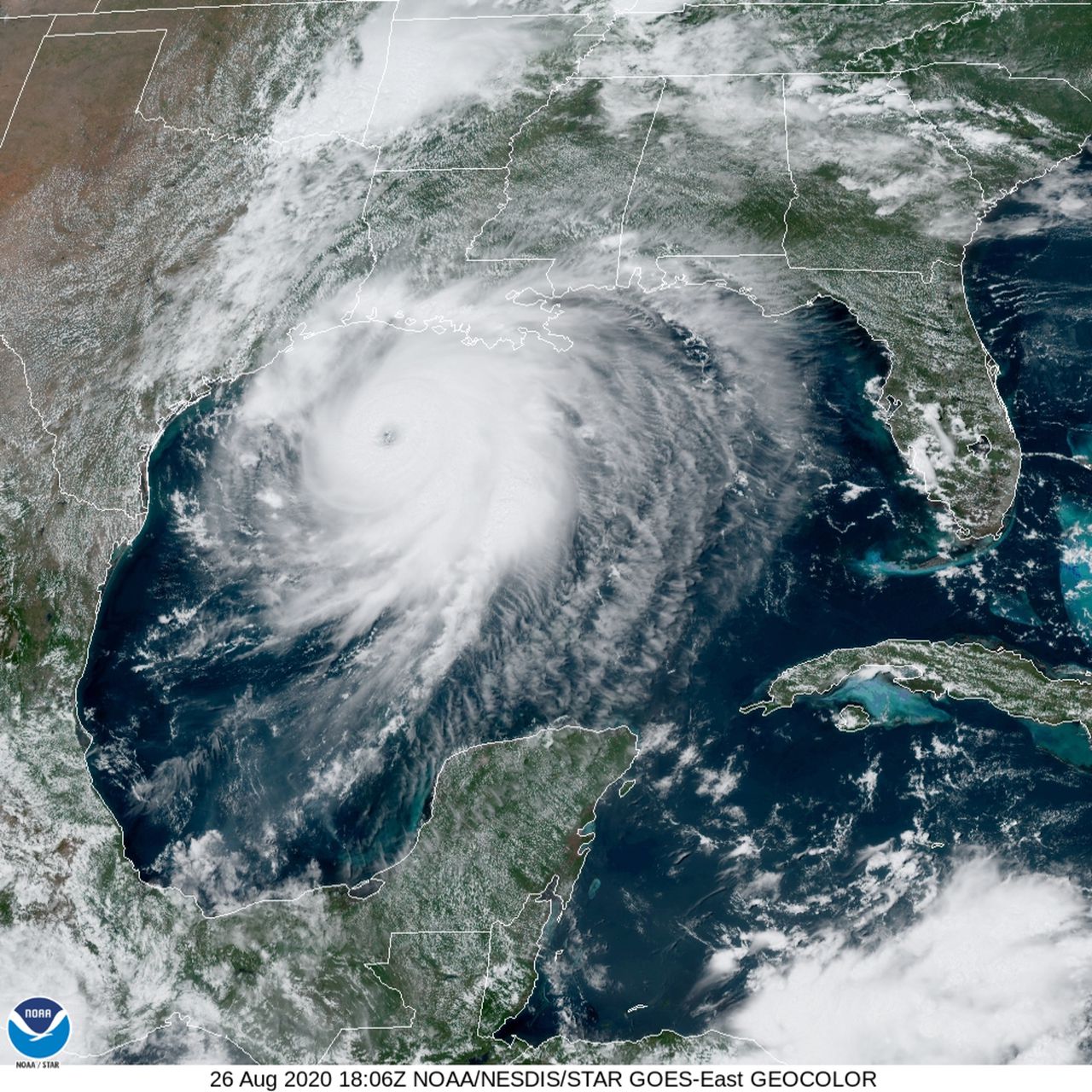 Gulf of Mexico - Hundreds of Thousands Flee as Hurricane Laura Barrels Toward the U.S. Gulf Coast

Hurricane Laura is forecast to rapidly power up into a “catastrophic” Category 4 hurricane, even stronger than previously expected, as it churns toward Texas and Louisiana, swirling wind and water over much of the Gulf of Mexico.

Satellite images show Laura has become “a formidable hurricane” in recent hours, threatening to smash homes and sink entire communities. It has undergone a remarkable intensification, “and there are no signs it will stop soon,” the National Hurricane Center said early Wednesday.

“Some areas, when they wake up Thursday morning, they’re not going to believe what happened,” said Stacy Stewart, a senior hurricane specialist.

“We could see storm surge heights more than 15 feet in some areas,” Stewart said. “What doesn’t get blown down by the wind could easily get knocked down by the rising ocean waters pushing well inland.”

Laura grew nearly 70% in power in just 24 hours to reach maximum sustained winds of 110 mph (175 kph) with higher gusts, forecasters said. It was already a Category 3 hurricane Wednesday, with winds of around 115 mph (185 kph), about 280 miles (450 kilometres) out from Lake Charles, Louisiana.

Top winds of 130 mph (209 kmh) are now predicted before landfall, pushing water onto more than 450 miles (724 kilometres) of coast from Texas to Mississippi. Hurricane warnings were issued from San Luis Pass, Texas, to Intracoastal City, Louisiana, and storm surge warnings from the Port Arthur, Texas, flood protection system to the mouth of the Mississippi River.

A Category 4 hurricane will do catastrophic damage: “Power outages will last weeks to possibly months. Most of the area will be uninhabitable for weeks or months,” the weather service says.

“We need to be concerned about the federal capacity to respond to a major hurricane disaster, particularly in light of failings that are all too obvious in the public health area,” said Kathleen Tierney, former director of the Natural Hazards Center at the University of Colorado. “I really worry: Who’s minding the store?”

In the largest U.S. evacuation of the pandemic, more than half a million people were ordered Tuesday to flee from an area of the Gulf Coast along the Texas-Louisiana state line.