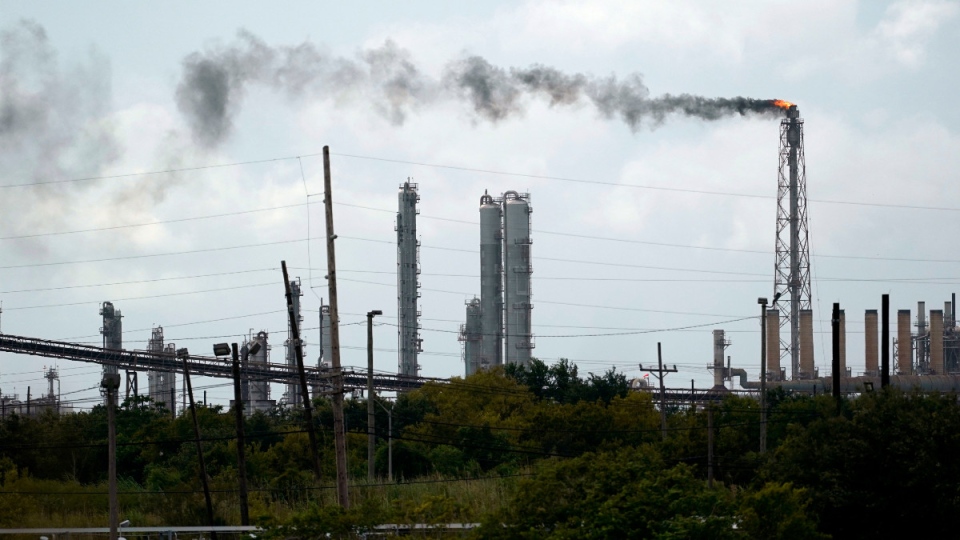 Gulf of Mexico - ‘Cascading Disasters’: What a Hurricane Means When You Live Next to a Refinery

Before Hurricane Laura made landfall as a Category 4 storm, meteorologists warned that it would hit industrial coastal cities like Port Arthur, Texas, especially hard.

Public officials along the Texas-Louisiana border urged residents to move out of the storm’s path. But for Port Arthur’s low-income communities of color, the choice was difficult: They could either brave the storm at home, exposing themselves to air pollution from surrounding oil and gas refineries in the process, or else risk exposure to COVID-19 on crowded buses.

For Hilton Kelley, a longtime Port Arthur resident and outspoken environmental advocate, it was tough to leave his community behind — but he also needed to get his family to safety.

“We stayed right up until there was no other preparation left to do,” he told Grist. “I wanted to stay…. but my wife wouldn’t leave without me, and we wanted to make sure the grandchildren were safe as well.”

Hurricane Laura’s trajectory ended up shifting east of its original path, battering the southwest region of Louisiana Thursday morning. Its 130-mph gusts flattened homes and buildings, toppled large vehicles, knocked out trees, left residents without power, and even triggered chemical leaks from industrial facilities along its path. At least 10 people were killed during the storm, including five people who died from carbon monoxide poisoning.

Although the Gulf Coast is no stranger to tropical storms, Hurricane Laura threw the area’s underlying environmental health hazards, which have come from rampant industrial pollution, into stark relief.

In Texas, refineries were rushing to shut down as Laura came barrelling toward the coast. But shuttering these plants actually involves releasing millions of pounds of additional pollution. As part of shutdown procedures, these facilities often need to release and burn off (or flare) various unprocessed chemicals and gases. In fact, when Laura made landfall in southeast Texas, a report by the Texas Commission on Environmental Quality showed that Motiva’s Port Arthur refinery, the largest oil refinery on the continent, had a chemical leak on a process line during the shutdown.