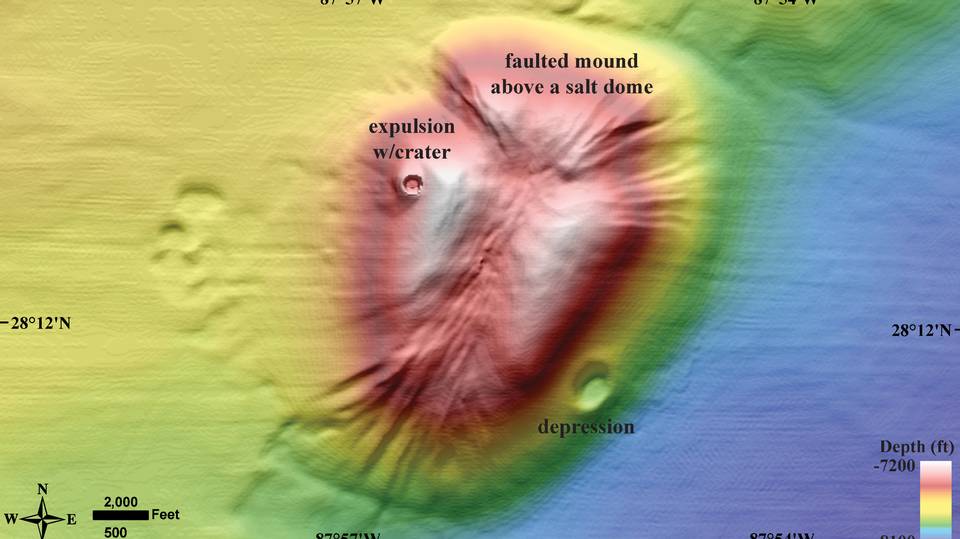 This seafloor mound found during the mapping was created “from the interplay of basin subsidence and vertical migration of salt,” experts say.

A 200-mile-long “ultra-deepwater” river off Florida is among the surprises researchers have discovered while creating a high-resolution 3D map of the northern Gulf of Mexico.

The Bureau of Ocean Energy Management released details of the project earlier this month, noting “1.4 billion 40-by-40 ft cells” were used in building the basin map.

It took years to finish, but the painstaking approach has given scientists a chance to examine seafloor features that were vague, if not mysterious, in previous mapping attempts. The map covers 90,000 square miles.

“NOAA’s old map showed the gross features, but the detail of the seafloor that we discovered with the 3D seismic data was much greater,” BOEM officials told McClatchy News.

“We fully detailed a meandering ‘river’ in ultra-deepwater that extends for over 200 miles in front of the Florida Platform. (It’s) very close to the size of the Mississippi River, but has been underwater since its formation approximately 200,000 years ago.”