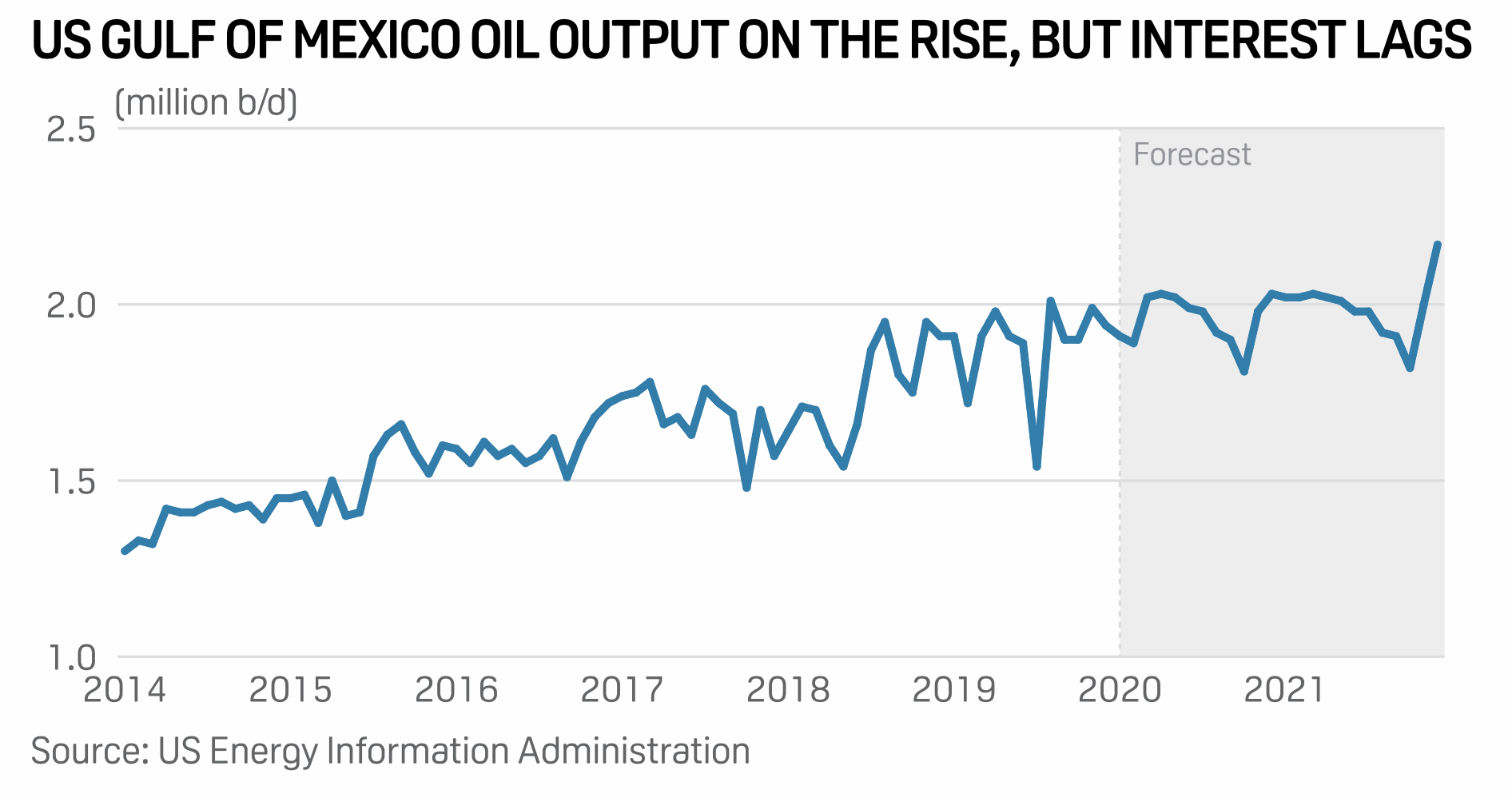 Rates for deepwater leases could be lowered from 18.75% to 12.5%. Interior decided against similar proposal in 2018. Lower rates for shallower acreage show mixed results

Washington — The Trump administration is considering lowering royalty rates for new offshore oil and natural gas leases in order to spur interest in production in federal water after its Gulf of Mexico lease sale this week drew limited interest, sources familiar with the plans said.

For its next Gulf lease sale, the US Interior Department is considering offering deepwater drilling leases with royalty rates as low as 12.5%, down from the current 18.75% rate and the lowest allowed without a change by Congress, sources said. The Democrat-led House of Representatives is unlikely to approve any plan aimed at incentivizing offshore drilling, sources said.

On Wednesday, the Trump administration's latest auction for Gulf of Mexico leases took in $93 million in high bids, down more than 40% from August's sale and the lowest amount in three-and-a-half years.

Interior had been discussing a plan to lower offshore royalty rates for weeks, but Wednesday's "disappointing" lease sale and the historic collapse in oil prices have moved those discussions along, one source said.

Interior officials declined to comment on the record this week.

Rene Santos, an analyst with S&P Global Platts Analytics, said it remains unclear if lowering royalty rates would increase bidding in the next Gulf sale, planned for August.

"Reducing royalties on deep water tracks would be welcome by operators," Santos said. "However, I doubt it would have much impact on the upcoming sale given the turmoil in the markets."

Gulf of Mexico oil output is forecast to average 2.02 million b/d this month and climb to about 2.17 million b/d by the end of next year, according to the latest US Energy Information Administration data.