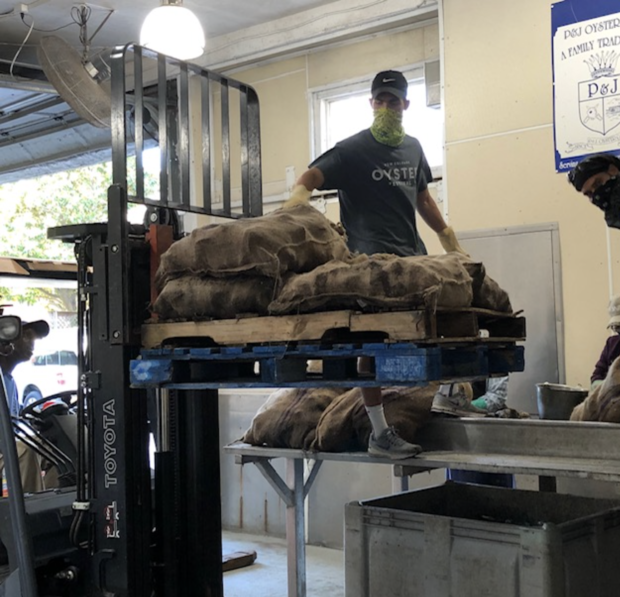 The oldest continuously operating oyster company in the U.S., P & J Oyster Company, has been in the business of shucking oysters in New Orleans' French Quarter since 1876, and it has never experienced anything like COVID-19.

"We had Hurricane Katrina and two years later we had Hurricane Gustav and then, you know, three years after that, we had the BP oil spill. And I'm going to tell you, after being in this business, as long as I have there is nothing —, out of even those catastrophic things that we've dealt with —, like COVID," co-owner Alfred "Al" Sunseri told CBS News. "We had these terrible, devastating impacts on our business, but when they closed down restaurants to where you could not go inside. It's not really the most conducive thing for oysters."

P & J processes and sells oysters wholesale to restaurants and vendors across Louisiana. Sunseri has been in the family business for 41 years and has seven employees. He likened the March shutdown of New Orleans to "turning off the faucet," and said he was only able to reach 50% of his typical sales that month. In April, things were even worse — he only made 2% of his normal sales for the month.

"It was just like a vacuum cleaner sucking the money out of the bank." Sunseri said.
There are more than 4,000 licensed commercial fisherman in the state, with over 500 people working in processing and dealing, according to the Louisiana Department of Wildlife and Fisheries.  In a state known for its food, culture and tourism, the commercial fishing industry carries an economic impact of $2.4 billion. The oyster industry accounts for $317 million.