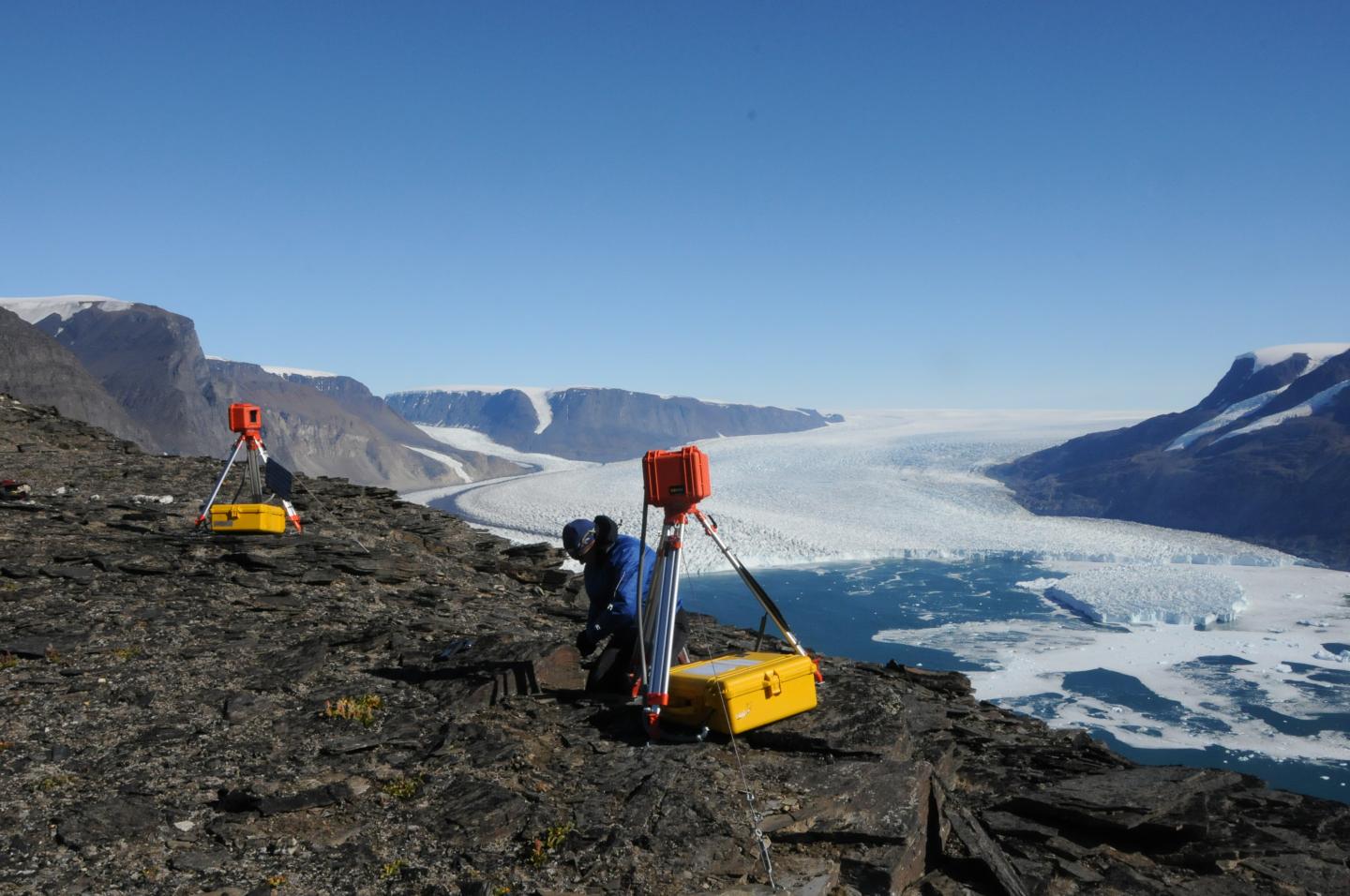 The jagged terrain of Greenland's mountains is protecting some of the island's outlet glaciers from warm coastal waters, according to a team of researchers that included scientists from The University of Texas at Austin and NASA.

Outlet glaciers protrude from the ice sheet into the sea, where surging ocean heat can speed up the loss of ice, making the glaciers thinner and raising sea levels. The scientists found that steep slopes in the bedrock under the ice form stabilizing areas the researchers termed "knickpoints" that prevent coastal thinning from reaching further inland.

The findings were published Dec. 11 in the journal Geophysical Research Letters.

"Thinning in glaciers originates at the edge of the ice, and makes its way inland," said lead author Denis Felikson, a NASA research scientist. "When the thinning reaches a knickpoint that is steep enough, it's halted."

However, in regions where the flat bedrock offers no such protection and knickpoints are absent, runaway thinning can reach far into the ice sheet and eat away at previously unaffected ice and contribute to sea level rise.

Coauthor Ginny Catania, a professor of glaciology at the UT Jackson School of Geosciences, said that most glaciers are thinning as scientists expect in a warming climate, but not at the same rates or amounts. The variability makes it more difficult to predict how quickly sea levels will rise as the planet gets hotter.