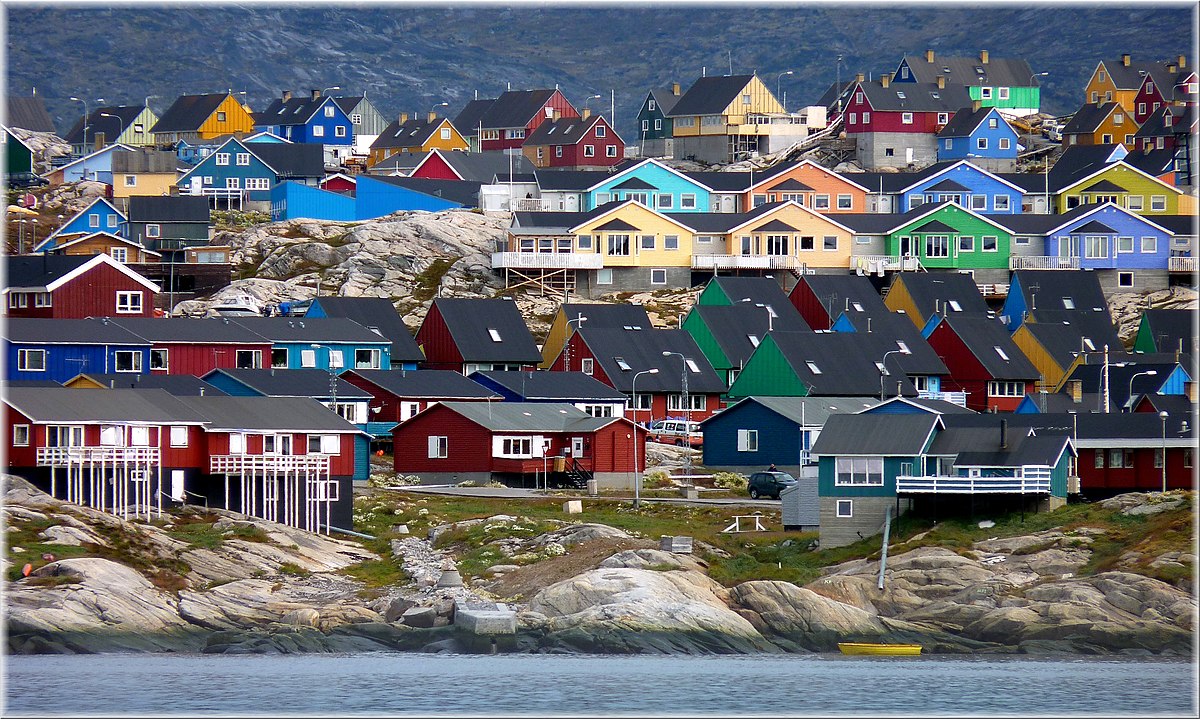 Icebergs bigger than city blocks loom through the mist as Kaleeraq Mathaeussen reels in halibut from the frigid waters one by one.

"Each season is not how it used to be," he says. It's become windier and more unpredictable.

More than 250km (155 miles) inside the Arctic Circle, the coastal town of Ilulissat in western Greenland is also a busy port.

Kaleeraq has been fishing the waters here since he was 14 years old and, like other locals, has observed changes around him.

In winter he used to travel on the ice with a sled pulled by his dogs. But the sea no longer freezes like it used to.

"Ever since 2001 I noticed the winter seasons in Disko Bay didn't have as much ice," he says.

"I was very worried when I started to notice that the ice barrier was getting weaker and witnessing such an astronomical change in the climate," he explains.

"Today it is unpredictable and too dangerous to go fishing with my sled dogs," he explains. He stopped sledding two years ago and now he only fishes by boat.

Communities in northern Greenland have lived in one of the world's toughest environments for centuries.

But temperatures have risen faster in the Arctic region than elsewhere on earth, and the impact of climate change is being felt on the local way of life.

On the outskirts of Ilulissat, colourful apartment blocks overlook a field that's home to dozens and dozens of dogs.

Kaleeraq still owns more than 30. Before he used his dogs for tourism, but now only keeps them for his teenage son. "I still miss that way of life, but it just has to be like this for now," he says.

Dog-sledding has been a long-held tradition in the north and east of Greenland. But many local hunters and fishermen have given it up and the number of sled dogs has slumped nationwide.