Arctic & Antarctica
Antarctic ice shelves and Greenland glaciers (like the one pictured) on the coasts are melting faster than inland snow is accumulating, leading to overall ice loss. JPL-CALTECH/NASA 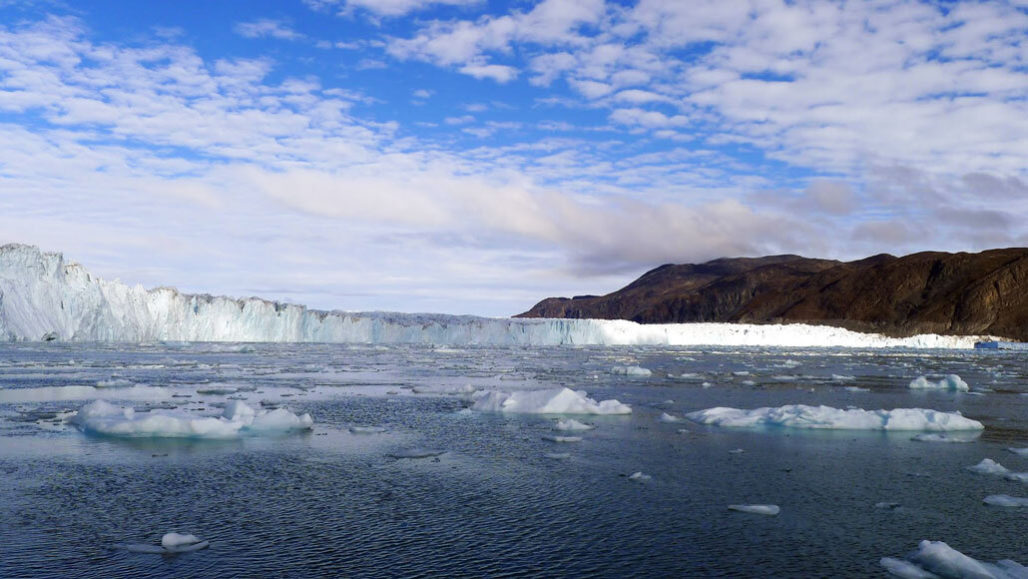 Greenland and Antarctica are gaining ice inland, but still losing it overall

In the tug-of-war between coastal melting and inland ice buildup, the meltdown is winning in both Greenland and Antarctica.

Initial observations from NASA’s ICESat-2 satellite in 2018 and 2019 reveal how the Greenland and Antarctic ice sheets have changed since the original ICESat mission collected data from 2003 to 2008. Both missions measured the height of ice near Earth’s poles by bouncing laser light off the surface. Since each satellite’s position in space was known, clocking how long it took reflected light to return to the satellite revealed the ice’s height, allowing researchers to discern changes in ice thickness between measurements.

These data indicate that ice in eastern Antarctica and central Greenland thickened slightly from 2003 to 2019. The researchers suspect this is the result of increased snowfall, because in a warmer climate, more ocean water evaporates and the air holds more moisture. But a minor thickening of inland ice was no match for the massive ice losses along Greenland and Antarctica’s coastlines, researchers report online April 30 in Science. Greenland and Antarctica lost an average 200 billion and 118 billion metric tons of land ice per year, respectively, over this 16-year period.