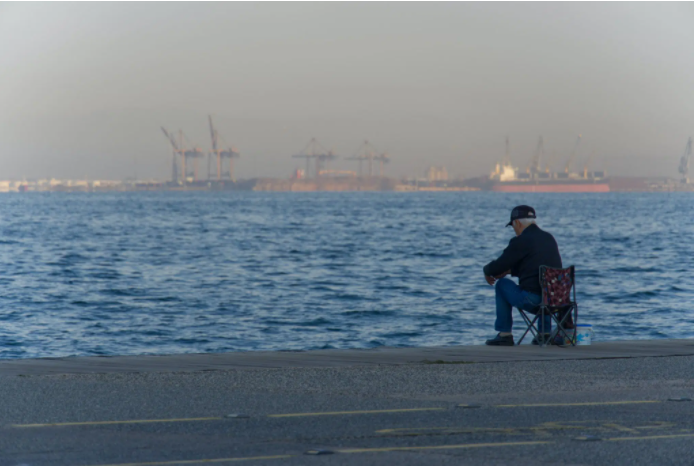 Greece - The New Thessaloniki Coast: Botanical Gardens and Pools in the Sea

The Prefecture of Central Macedonia on Monday announced plans for the redesign of Thessaloniki’s shoreline, plans that include botanical gardens and swimming pools in the sea.

The Governor of Central Macedonia, Apostolos Tzitzikostas, announced in a press conference the vision for the future of Thessaloniki’s shoreline. “The purpose of the Special Urban Plan is the reconnection of Thessaloniki with the sea, which will also include the strengthening of mobility, the upgrading of the environment and culture, and of course, economic development, giving a new, regulated urban public space to citizens and visitors of the Urban Complex.”

This plan, which is three years in the making, includes the contributions of multiple government and municipal entities: the prefecture of Central Macedonia, the Deputy Governor of Thessaloniki, the municipalities of Thessaloniki, Delta, Kalamaria, Pylaia-Chortiatis, Ampelokipi-Menemeni, Thermis and the Technical Chamber of Greece, Section of Central Macedonia, to name a few.

Slated to be completed by 2030, the lofty plan seeks to utilize 1,000 acres of land to create a continuous coastal recreation area and a promenade, where citizens and visitors alike can freely bicycle and walk, reconnect with the sea, and enjoy public spaces and nature.

The plans for the new Thessaloniki shoreline go beyond previous administration’s attempts at cleanup and look to increase the quality of life of the people of Thessaloniki, integrating recreational athletics and cultural experiences in their day-to-day world.

Beginning from the western part of the shore, in the area of Kalochori, the plan outlines an environmental upgrade to the lagoon area; this is an implementation based on the National Center for Habitats’ past reports. Some areas will be earmarked for students and elderly visitors, while observation areas are also to be created. Due to the area’s designation as environmentally protected, any interventions will be respectful of nature.