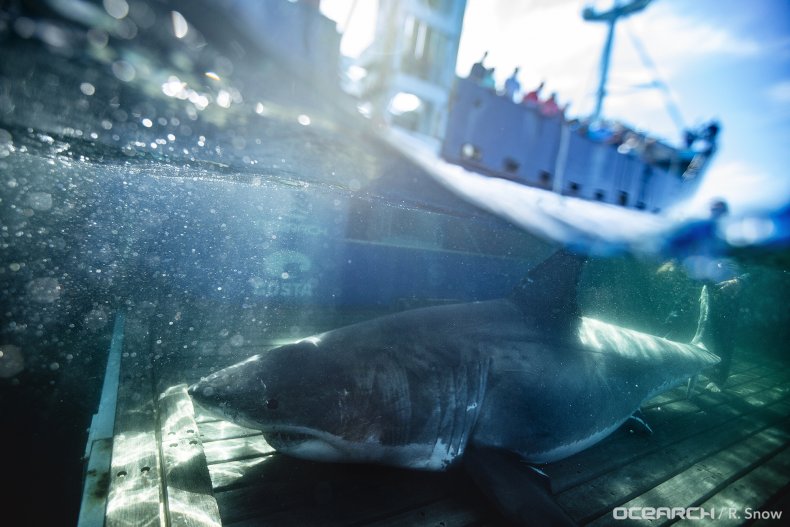 A 2,000-pound great white shark called Unama'ki appears to be heading away from the coastal waters of the United States and moving into the open ocean.

The shark was tagged with a monitoring device by marine research non-profit OCEARCH in September last year, and tracking data shows that the 15 foot, five-inch-long female is swimming eastwards. It is currently not clear why, but OCEARCH speculates that one of the reasons could be that the animal is pregnant.

"Very interesting! Take a look at @UnamakiShark's track. She is veering off into the open ocean. Could she be going out there to gestate? We've only really tracked large females making these pelagic journeys. We'll be watching her closely," OCEARCH wrote in a tweet.

This is not the first great white shark OCEARCH has tracked that has made a similar journey. But as a mature female, the course Unama'ki charts will be extremely valuable to researchers, the non-profit said. This is partly because she has the potential to lead scientists to a site where she may give birth, revealing a new great white shark nursery.