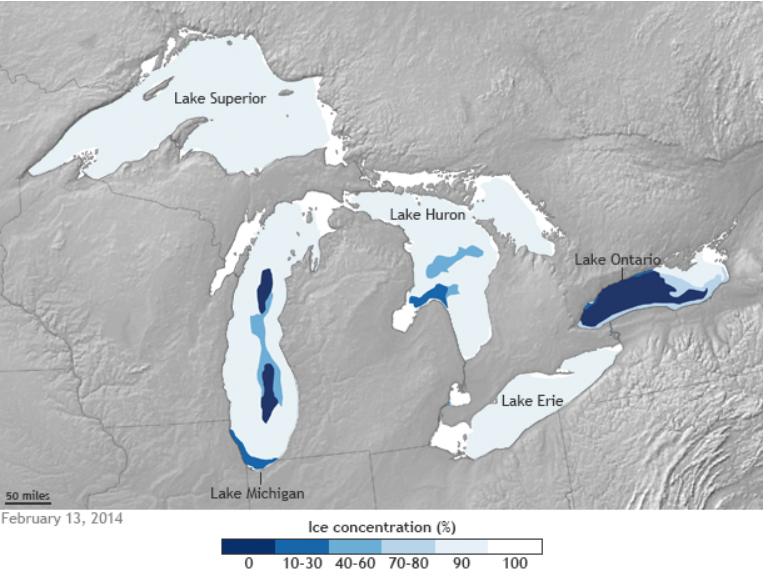 Close to 5,700 lakes in the Northern Hemisphere may permanently lose ice cover this century, 179 of them in the next decade, at current greenhouse gas emissions, despite a possible polar vortex this year, researchers at York University have found.

Those lakes include large bays in some of the deepest of the Great Lakes, such as Lake Superior and Lake Michigan, which could permanently become ice free by 2055 if nothing is done to curb greenhouse gas emissions or by 2085 with moderate changes.

Many of these lakes that are predicted to stop freezing over are near large human populations and are an important source of drinking water. A loss of ice could affect the quantity and quality of the water.

"We need ice on lakes to curtail and minimize evaporation rates in the winter," says lead researcher Sapna Sharma, an associate professor in the Faculty of Science. "Without ice cover, evaporation rates would increase, and water levels could decline. We would lose freshwater, which we need for drinking and everyday activities. Ice cover is extremely important both ecologically and socio-economically."

The researchers, including Postdoctoral Fellows Kevin Blagrave and Alessandro Filazzola, looked at 51,000 lakes in the Northern Hemisphere to forecast whether those lakes would become ice-free using annual winter temperature projections from 2020 to 2098 with 12 climate change scenarios.