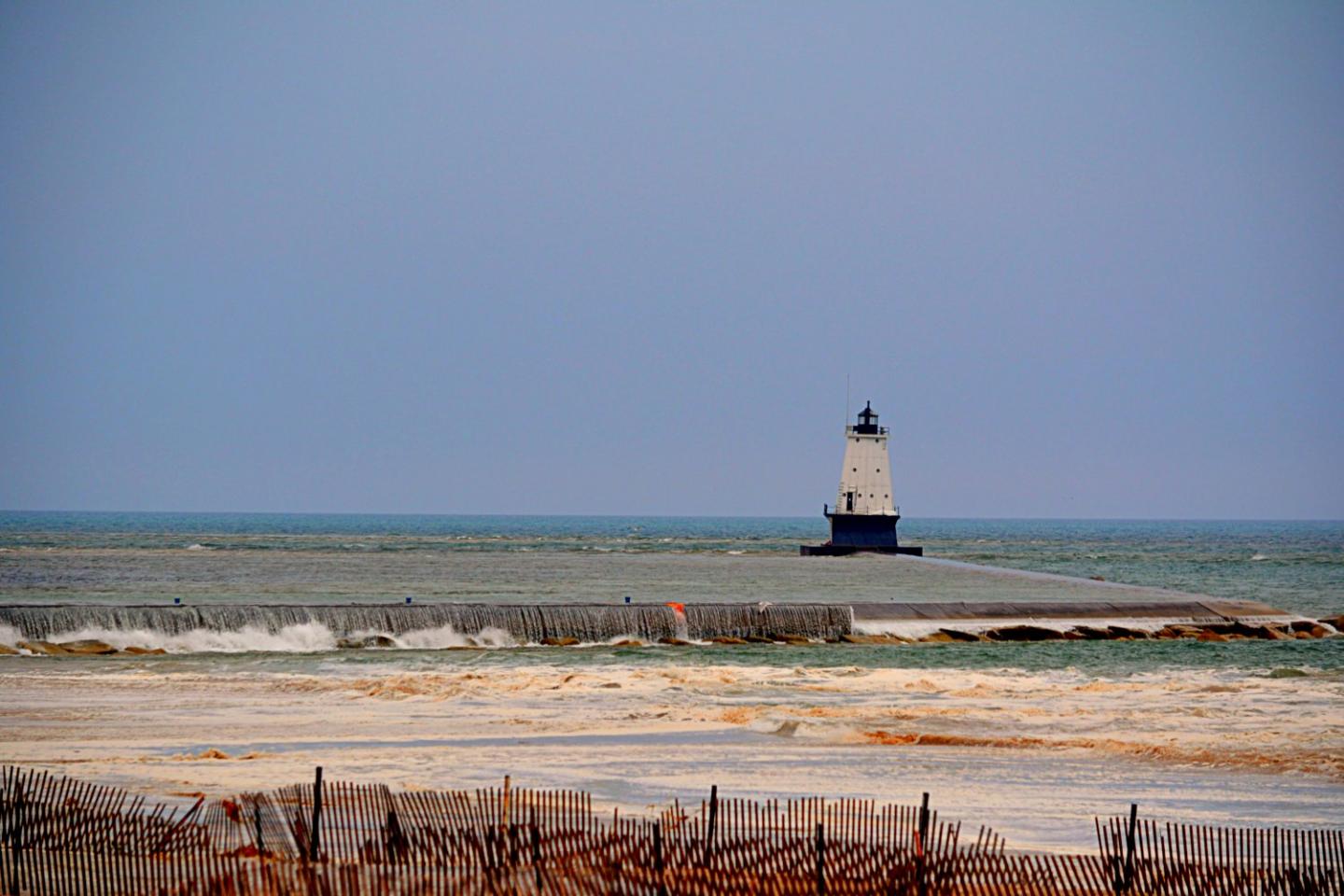 On the afternoon of April 13, 2018, a large wave of water surged across Lake Michigan and flooded the shores of the picturesque beach town of Ludington, Michigan, damaging homes and boat docks, and flooding intake pipes. Thanks to a local citizen's photos and other data, NOAA scientists reconstructed the event in models and determined this was the first ever documented meteotsunami in the Great Lakes caused by an atmospheric inertia-gravity wave.

An atmospheric inertia-gravity wave is a wave of air that can run from 6 to 60 miles long that is created when a mass of stable air is displaced by an air mass with significantly different pressure. This sets in motion a wave of air with rising and falling pressure that can influence the water below, as it synchronizes with water movement on the lake's surface like two singers harmonizing.

"That meteotsunami was hands down off the chart awesome," said Debbie Maglothin of Ludington who took photos of the event. "The water in between the breakwaters didn't go down like the water on the outside of them, so it created waterfalls that cascaded over the breakwaters. Had this event occurred during summer it could have washed people right off the breakwaters."

Meteotsunamis generated from this type atmospheric condition are common around the globe, but in the Great Lakes, the few well documented meteotsunamis have been driven by sudden severe thunderstorms where both winds and air pressure changes have played significant roles.

While there are currently no forecast models that effectively predict meteotsunamis in the U.S., new NOAA research based on the Ludington wave demonstrates that existing NOAA numerical weather prediction models and hydrodynamic forecast models may enable scientists to predict these meteotsunami-driving atmospheric waves minutes to hours in advance. The research is published in a special edition of the journal Natural Hazards about meteotsunamis.