Great Lakes
Menominee River AOC delisting: Undated photo of the Lower Menominee River on the border between Marinette, Wis., and Menominee, Mich. The river has been de-listed as a Great Lakes Area of Concern following 30-years of environmental cleanup work. via EPA 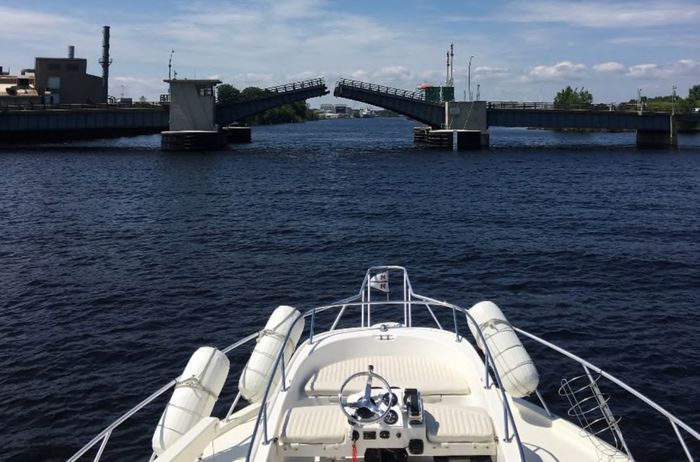 MENOMINEE, MI — A river that marks the border between Michigan and Wisconsin has been removed from a federal list of heavily polluted sites in Great Lakes waters, although it continues to have contamination issues with toxic fluorochemicals.

Michigan and Wisconsin officials joined the U.S. Environmental Protection Agency in announcing last week that the lower Menominee River has been de-listed as a Great Lakes Area of Concern (AOC) following more than three decades of cleanup.

“Through persistent efforts at the state and federal levels and continuous input from those who live and recreate on the Lower Menominee River, the partners were able to develop an effective plan for remediation and long-term monitoring so that this valuable asset is now, once again, something the community can safely enjoy,” said Liesl Clark, director of the Michigan Department of Environment, Great Lakes and Energy (EGLE).

The river joins Deer Lake in Marquette County and White Lake in Muskegon County as the third Great Lakes AOC site to be delisted since the international program was created in 1987.

Of the 43 such sites in the U.S. and Canada, the Menominee River is the fifth U.S. site to be delisted.

Three miles of the Lower Menominee River, which separates Marinette, Wis., and Menominee, Mich., were designated as a toxic hot spot due to sediment contaminated by arsenic from herbicide manufacturing. Other local manufacturing contributed pollutants such as paint sludges, coal tar, heavy metals and polychlorinated biphenyls (PCBs).