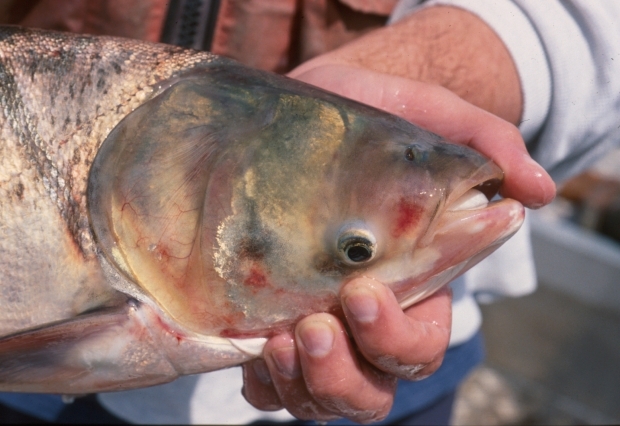 Left unchecked, warming will eliminate some of the carp's competition for food, study says.

New research shows that climate change may make it easier for Asian carp to grow and thrive in Lake Michigan if the invasive fish is introduced into the Great Lakes. The study, published Wednesday in the journal Biological Invasions, finds that warming would likely create less competition for food from invasive mussels.

Researchers also found increasing phosphorus pollution was the most influential factor in suitable habitat for bighead and silver carp. The research builds on a study released last year that found Asian carp could become more widely established in the lake.

Zebra and quagga mussels were first discovered in the Great Lakes around 30 years ago, and they were thought to be a potential barrier that could prevent the voracious Asian carp from gaining a stronghold if introduced into Lake Michigan because both the fish and the mussels compete for the same food source – algae and plankton.