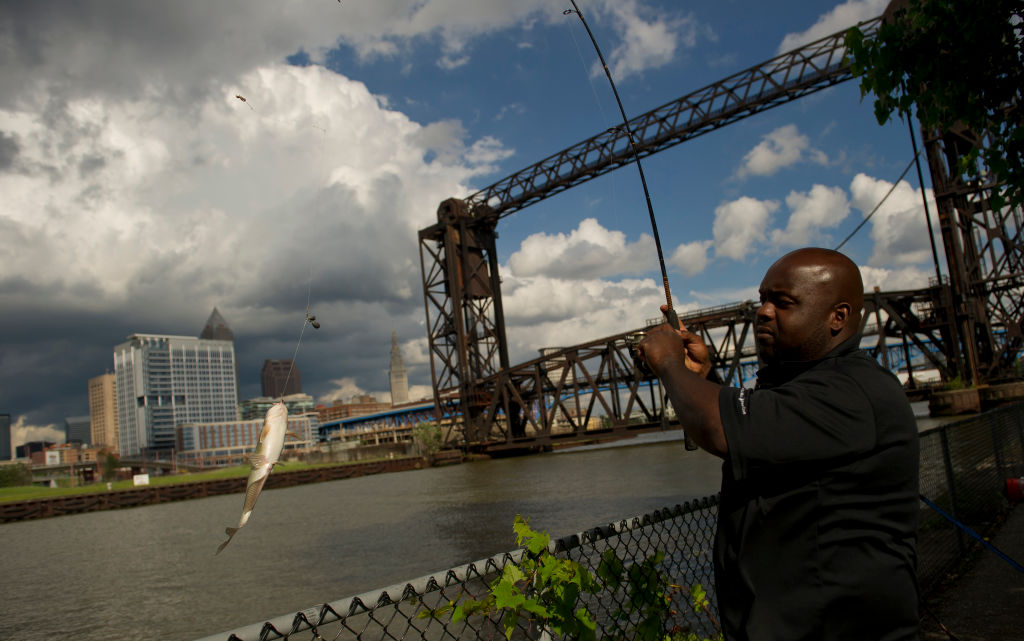 Great Lakes - As lake trout reappear, a renewed bipartisan focus on the health of the Great Lakes also emerges

This past May, biologists from the New York Department of Environmental Conservation found something that looked quite small and inconsequential to those of us who might only fish in the Great Lakes, but something that was huge and quite important to scientists like them that spend their entire lives staring into the into largest freshwater basin on the planet.

It was a baby lake trout in the Lake Erie waters that they discovered near the Pennsylvania-New York border. What made this significant was that this was a “wild lake trout fry,” meaning that it was a species of lake trout that was thought to be extinct for 60 years and was now reproducing on its own in Lake Erie: not hatched in a fishery and then released as it had been previously. Instead, this was a historic restoration on its own for a population that was once plentiful, but collapsed due to overfishing, habitat degradation and invasive species.

The species was identified through genetic bar-coding, confirming the presence of naturally reproducing lake trout. The trout fry discovered were from the largest member of the cold-water char family, “Salvelinus Namaycush” a species that can live for about 40 years and grow to more than 100 pounds. Forty-pounders are not uncommon in the Great Lakes back when this species of fish was targeted by commercial fishing ships from the late 1700s through the late 1800s.

“Today marks a key milestone in the restoration of lake trout in Lake Erie after six decades of significant investments to improve water quality and habitat and promote sound fisheries management,” NY DEC Commissioner Basil Seggos in a statement this summer. “This phenomenal Great Lakes story of recovery is a testament to the perseverance of the researchers and biologists from DEC and partner agencies who worked tirelessly to help restore this [lake trout].”

The resurrection of this species of fish is important for many reasons, but it may take decades to realize its significance. For example, will the state legislatures in Lake Erie bordering states like Ohio, Pennsylvania and New York — along with Ontario, Canada — be deciding what the “legal bag limit” for catching 20-pound lake trout on a charter boat for the 2030 year? And will lakeside restaurants be featuring Lake Erie trout on the menus along with walleye?

Despite the long-term clean-up of the Great Lakes being incremental and at times unnoticeable, this trout discovery is another sign the shallow Lake Erie and the deeper other Great Lakes are getting better. Yes, heavy rain in early August caused an “overflow event” and 280,000 gallons of storm water and untreated sewage to flow into Lake Erie near Cleveland, forcing beaches to close. And yes, “lots of dead fish,” were causing a smelly “really strong … natural gas odor” in Lake County communities east of Cleveland in early September.