Gulf of Mexico
FILE - A rig and supply vessel are pictured in the Gulf of Mexico, off the coast of Louisiana, on April 10, 2011.(AP Photo/Gerald Herbert, File) 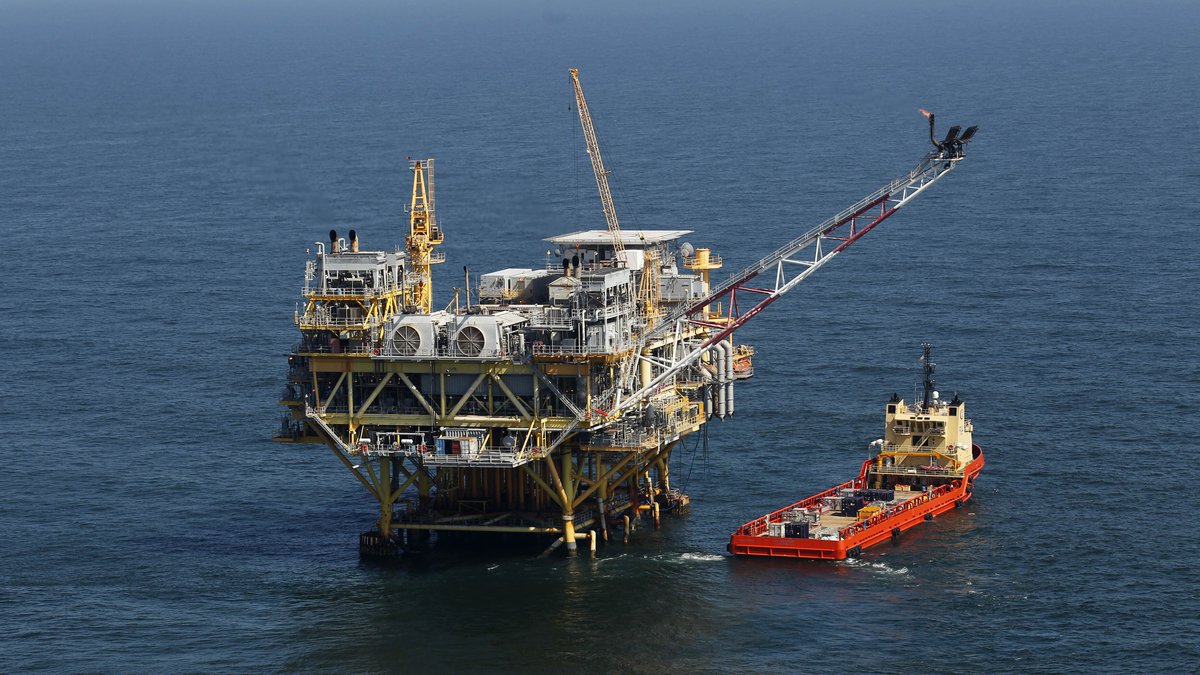 GOM - US government gets a paltry $190M in bids for offshore oil and gas leases in the Gulf of Mexico -- February 2022 Wind Power leases drew $4.37 billion in bids

The Bureau of Ocean Energy Management said Wednesday that it had accepted 307 valid high bids totaling just under $189.9 million on about 2% of the oil and gas lease tracts offered for sale. The sale fell far short of the $4.37 billion in bids BOEM received for wind power lease sites in February 2022.

NEW ORLEANS (AP) — The Biden administration accepted nearly $190 million Wednesday in bids from an offshore oil and gas lease sale that was held nearly a year ago but rejected by a federal judge.

The Bureau of Ocean Energy Management’s action was required by the climate bill that was signed Aug. 16 — a disappointment to environmentalists who worry about the climate impacts of offshore drilling, but praised by industry as a return to longstanding practice after an 18-month delay imposed by the Biden administration.

The bill had a 30-day deadline for accepting the bids. It also requires the bureau to reschedule three sales that had been put on hold by a moratorium ordered by President Joe Biden, with the first of them to be held by Dec. 31.

Biden-Harris Administration Sets Offshore Energy Records with $4.37 Billion in Winning Bids for Wind Sale, US Dept of the Interior, February 25, 2022

U.S. Sen. Joe Manchin, the West Virginia Democrat who got the lease sale provisions into the law, said, “Our federal oil and gas leasing programs are critical to American energy security, and these offshore leases will provide the market signals necessary to help ease the pain Americans are feeling from record inflation and high energy prices.”

Miyoko Sakashita, director of the oceans program at the Center for Biological Diversity, an environmental nonprofit, called the congressional order a huge disappointment.

“We are pleased that the Department of the Interior has finally offered the first offshore leases of this administration, but it is disappointing that it took 19 months and an act of Congress to get us to this point,” said Cole Ramsey, vice president of upstream policy for the American Petroleum Institute.

“Congress just gave the greenlight to a lease sale that was found unlawful. That’s a serious blow to our climate and Gulf ecosystems, which have already suffered so much from oil industry pollution,” she said.

The judge’s order in February said the Biden administration had failed to adequately consider the sale’s effect on planet-warming greenhouse gas emissions. U.S. District Judge Rudolph Contreras in Washington said Interior could decide whether to scrap the sale, undertake a fresh review or take other steps.

The National Ocean Industries Association, which represents offshore energy companies, said, “Communities along the Gulf Coast and throughout the country rely upon Gulf of Mexico oil and gas development for good-paying jobs, affordable energy supplies, and important funding for local infrastructure needs, coastal restoration and resiliency, and parks and recreation programs.”

In a separate action, the Center for Biological Diversity asked the Environmental Protection Agency on Wednesday to forbid companies to discharge fracking waste into the ocean.

It said trade-secret protections in current rules for permits governing oil industry discharges into the Gulf of Mexico mean EPA “often does not know what chemicals are used.”

As of 2016, it said, EPA had identified nearly 1,100 chemicals used in hydraulic fracturing and more than 500 found in water that comes up with oil and gas. The agency “has little to no information regarding the impacts of many of these chemicals on human and marine environments,” it said.

A proposed new permit for the western Gulf of Mexico “would allow more of the same,” the organization said in public comments about a two-year industry study to assess discharges.