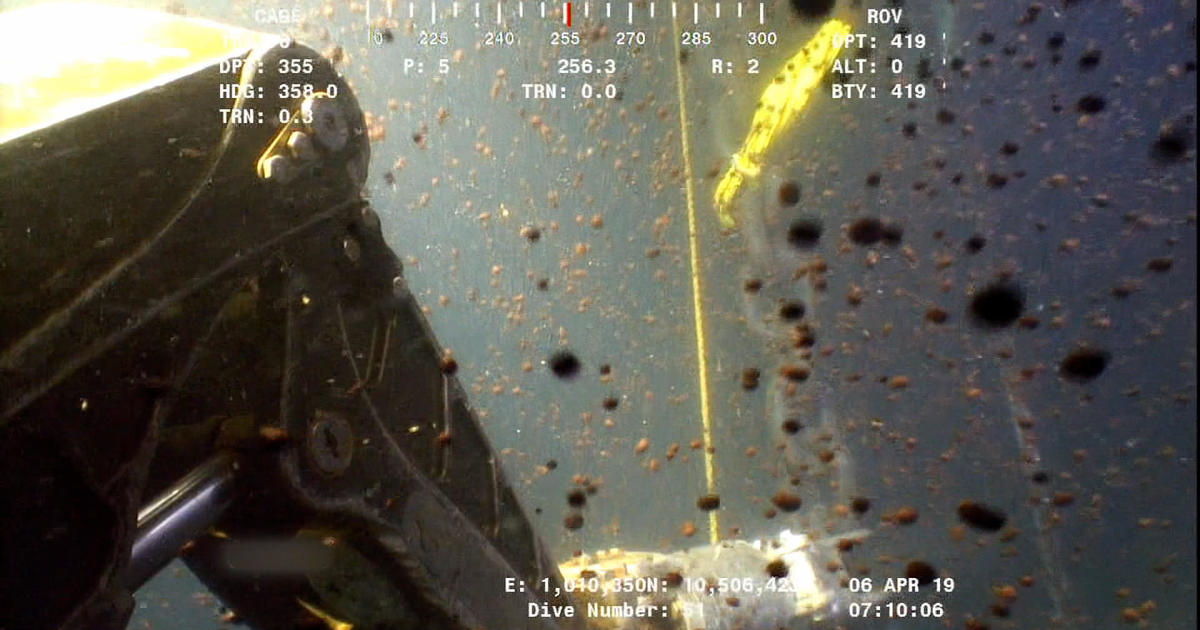 The hurricanes keep coming –with increased force and increased frequency. Even before hitting land, they're often wreaking havoc. Katrina, Sandy, Ida —name a tropical storm and odds are good it's caused an off-shore oil spill. And these messes aren't easily cleaned up.

The hurricanes keep coming –with increased force and increased frequency. Even before hitting land, they're often wreaking havoc. Katrina, Sandy, Ida —name a tropical storm and odds are good it's caused an off-shore oil spill. And these messes aren't easily cleaned up.

Tonight, we bring you a distinctly Louisiana story, one we first reported last November, the saga of the Taylor Energy Oil Spill, a storm-caused, environmental crisis that's sullied the Gulf of Mexico since 2004. Then, along came an unlikely duo: a no-nonsense Coast Guard captain who said enough is enough, and a homegrown Cajun engineer who brought with him the power of local knowledge. Together they would resist a deep-pocketed energy company… and help stanch the longest-running oil spill in U.S. history.

Jon Wertheim: How many miles offshore are we now?

Timmy Couvillion: We're about 12 miles offshore from the coast of Louisiana.

A seventh-generation Cajun, Timmy Couvillion grew up on the Louisiana Delta, where river mingles with sea. Even as an engineering student, he moonlighted as a fishing captain.

He showed us the precise site of a ground-breaking contraption that's consumed him lately.

Jon Wertheim: We're right above it now, aren't we?

Timmy Couvillion: Yes, sir. The Taylor Energy platform would be laying on its side just below us.

His engineering company has conceived of and installed a system to help contain a stubborn oil spill. It's directly below a spot, nearly 500 feet underwater.

Timmy Couvillion: If we didn't have GPS coordinates, we wouldn't know that we had a functioning system that was actively collecting 1,000 gallons of oil a day.

Catch that? An average of 1,000 gallons of oil a day that would otherwise be contaminating the Gulf of Mexico. It's being captured by Timmy Couvillion's system and transferred to these tanks to be sold later as recycled oil.

Jon Wertheim: How many years you been doing this?

The mouth of the Mississippi forms the heart of Louisiana commerce. This region is nourished by a mix of fish, water, gas and oil. But increasingly, both the terrain and the economy are getting beaten up by mother nature.

In 2004, Hurricane Ivan devastated the Gulf, including bringing down a massive oil platform operated by Taylor Energy. Couvillion made a video simulation of what likely happened.

Timmy Couvillion: To see the energy that it took to shear the legs of this eight-pile platform, the Taylor Energy platform it's hard to comprehend.

The underwater mudslide toppled the oil platform, damaging the connections to as many as 28 oil wells below. To this day, the structure lies horizontally on the floor of the Gulf.

The sheen caused by the oil spill spread for miles. For years, ships traveling through were coated in the slick. Pools of oil bubbled up to the surface and marine life, like these schools of giant amberjack, had to swim through the muck.