Gulf of Mexico
A flooded intersection near Southwest Fourth Street and Eighth Avenue in the Little Havana neighborhood of Miami, after heavy rains in June. (Daniel A. Varela/Miami Herald via AP) 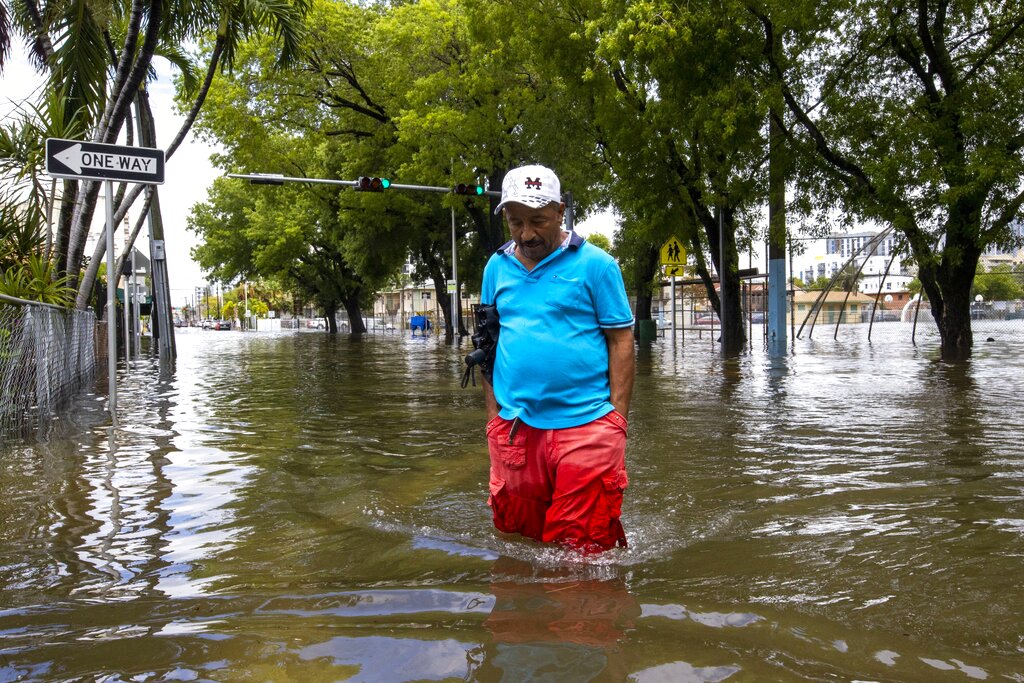 Rising seas will engulf millions of homes, business and parcels of land, and will reshape coastlines, property lines and local tax bases around the Southeast in less than 40 years.

And Florida, North Carolina, Louisiana and Texas will see the most impact, according to a new study from Climate Central.

The non-profit research organization, which aims to present the effects of rising seas and other climate changes to news outlets and policy makers, said that as many as 9 million acres in the Southeast will likely be underwater by the year 2100, affecting properties worth a total of more than $108 billion, according to a report by the Washington Post.

“As the sea is rising, tide lines are moving up elevation, upslope and inland,” said Don Bain, a senior adviser at the organization, who led the analysis. “People really haven’t internalized that yet — that ‘Hey, I’m going to have something taken away from me by the sea.’ ”

Louisiana is at the top of the list for states with the most to lose. It will see some 25,000 properties and 2.5 million acres fall below the high-tide line by 2050, the report found. But parts of Florida and other coastal states also will be soaked.

And as once-prime real estate becomes worthless, communities in those states will lose tax revenue – at a time they may need it most to deal with the effects of sea water.

“Diminished property values and a smaller tax base can lead to lower tax revenues and reduced public services — a potential downward spiral of disinvestment and population decline, reduced tax base and public services, and so on,” the analysis found.

The Climate Central study is similar to others that have predicted dire consequences from climate change in coming decades. A recent report in the New York Times said extreme weather is rapidly becoming the norm.