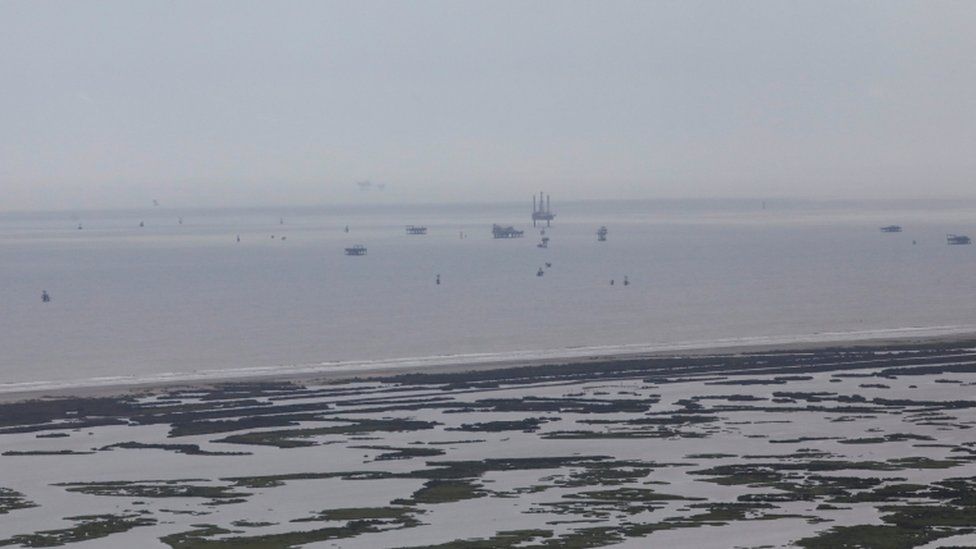 Clean-up crews and the US Coast Guard are trying to locate the source of an oil spill spotted in the Gulf of Mexico after deadly Hurricane Ida.

It appears to be coming from a source underwater at an offshore drilling site, the Associated Press reports.

The hurricane then moved north-east, killing dozens of people and causing devastation in a number of US states.

The source of the miles-long oil spill was believed to be in the Bay Marchand area of the Gulf of Mexico, the US Coast Guard said.

Spokesman Lt. John Edwards said it was thought to be crude oil from an undersea pipeline owned by Talos Energy.

Houston-based Talos Energy said it did not believe it was responsible for the oil in the water, according to the Associated Press.

The company has nonetheless hired Clean Gulf Associates, a non-profit group that responds to oil spills, to help contain the pollution.

A team of private divers are also trying to locate the source.

In a statement, Talos Energy said the company "will continue to work closely with the US Coast Guard and other state and federal agencies to identify the source of the release and co-ordinate a successful response".