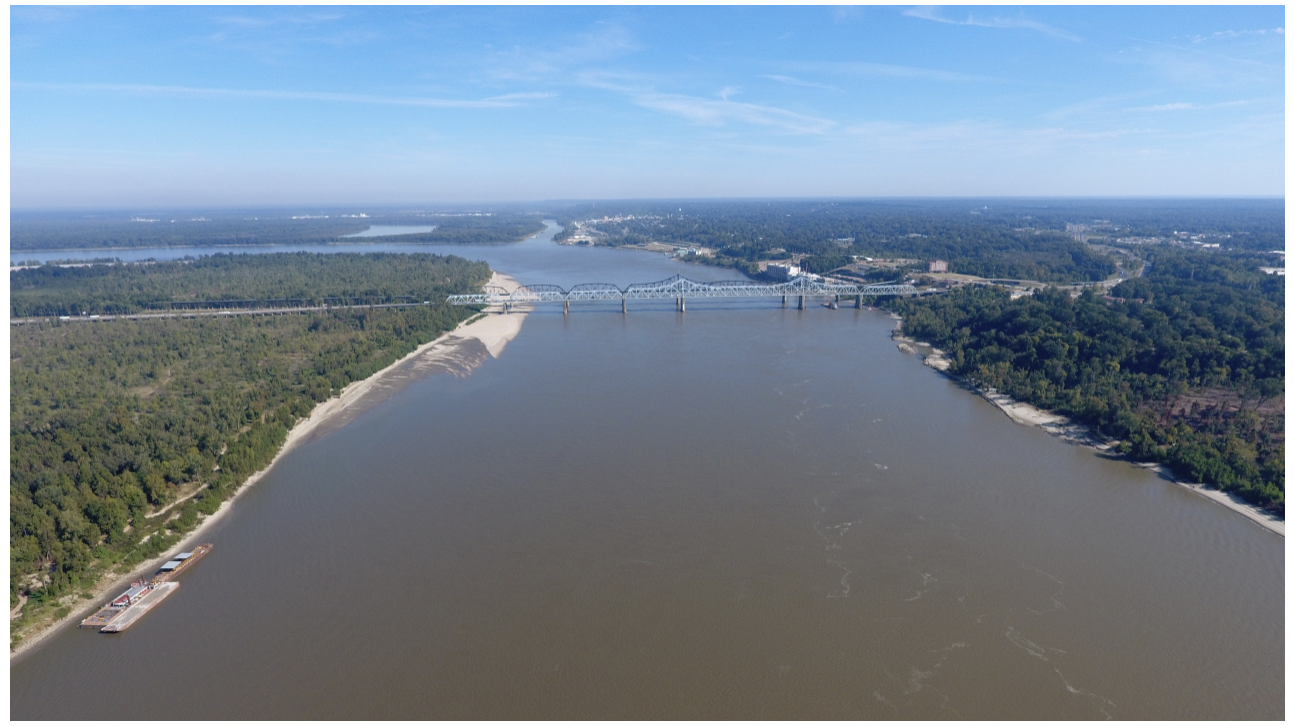 NCCOS scientists are forecasting this summer’s Gulf of Mexico hypoxic zone or “dead zone”—an area of low to no oxygen that can kill fish and other marine life— to be approximately 5,364 square miles, just below the five-year average measured size of 5,380 square miles. The annual prediction is based on the U.S. Geological Survey (USGS) river-flow and nutrient data.

When the excess nutrients reach the Gulf, they stimulate an overgrowth of algae, which eventually die and decompose, depleting oxygen as they sink to the bottom. The dead zone in the Gulf of Mexico affects nationally important commercial and recreational fisheries and threatens the region’s economy.

NOAA issues a dead zone forecast each year, and refines the models used by the Hypoxia Task Force to set nutrient reduction targets and better understand the link between hypoxia and nutrients. A NCCOS-supported monitoring survey is scheduled to confirm the size of the 2022 Gulf dead zone in late July, a key test of the accuracy of the models.

This is the fifth year NCCOS is producing an independent forecast, the culmination of a multi-year academic-federal partnership to develop a suite of hypoxia forecast models. The partnership included teams of researchers at the University of Michigan, Louisiana State University, William & Mary’s Virginia Institute of Marine Science, North Carolina State University, Dalhousie University, and USGS. The NOAA forecast integrates the results of these multiple independent models into a separate average forecast and is released in coordination with these external groups.

NOAA and its partners continue to develop additional hypoxia forecast capabilities to understand impacts on living marine resources, including a tool to visualize future scenarios of fish biomass with and without nutrient reduction actions.

NOAA is forecasting a summer “dead zone” in the Gulf of Mexico that will be approximately 5,364 square miles, making it about average for the 35-year history of the summertime dead zone measurements in the region. The forecast is lower than last year’s measured size and slightly lower than the five-year average measured size of 5,380 square miles.

The dead zone, or hypoxic area, is an area of low oxygen that can kill fish and other marine life. It occurs every summer and is primarily a result of excess nutrient pollution from human activities in cities and farm areas throughout the Mississippi River watershed.

When the excess nutrients reach the Gulf, they stimulate an overgrowth of algae, which eventually die and decompose, depleting oxygen as they sink to the bottom. The resulting low oxygen levels near the bottom of the Gulf cannot support most marine life. Fish, shrimp and crabs often swim out of the area, but animals that are unable to swim or move away can be stressed or killed.

“The Gulf dead zone remains the largest hypoxic zone in United States waters, and we want to gain insights into its causes and impacts,” said Nicole LeBoeuf, Assistant Administrator of NOAA’s National Ocean Service. “The modeling we do here is an important part of NOAA's goal to protect, restore and manage the use of coastal and ocean resources through ecosystem-based management.”

The USGS measures nutrient levels using more than 3,500 real-time streamgages, 68 real-time nitrate sensors, and 38 long-term monitoring sites in rivers throughout the Mississippi-Atchafalaya watershed. These data are used to track long-term changes in nutrient inputs to the Gulf and to build models of nutrient sources and hotspots within the watershed.

“Long-term USGS monitoring shows that nitrogen loading to the Gulf decreased then stabilized since 1985, while phosphorus loading increased during part of that same period,” said Don Cline, Associate Director of the USGS Water Resources Mission Area. “A new USGS studyoffsite link indicates these trends are partly explained by nutrient inputs like fertilizer, but notes other factors such as agricultural management practices and nutrients accumulated in the past were also likely important, particularly for phosphorus.”

The Interagency Mississippi River and Gulf of Mexico Hypoxia Task Force has set a long-term goal of reducing the dead zone to 1,900 square miles. NOAA’s hypoxia forecast models and USGS monitoring of nutrients in rivers help to predict how hypoxia in the Gulf of Mexico is linked to nutrients coming from throughout the Mississippi River Basin. The Task Force uses the information the two agencies produce to inform nutrient reduction targets across the Mississippi watershed states.

Through the Bipartisan Infrastructure Law, the U.S. Environmental Protection Agency (EPA) is investing $60 million over the next five years to support the implementation of nutrient reduction strategies that will address the challenge of Gulf hypoxia.

“The Hypoxia Task Force has a transformational opportunity to further control nutrient loads in the Mississippi River Basin and reduce the size of the hypoxic zone using Bipartisan Infrastructure Law funding,” said John Goodin, director of U.S. EPA Office of Wetlands, Oceans and Watersheds. “This annual forecast is a key metric for assessing the progress the Hypoxia Task Force is making.”

To confirm the size of the hypoxic zone and refine the forecast models, a NOAA-supported monitoring survey is conducted each summer. While the forecast assumes typical coastal weather conditions, the measured dead zone size could be disrupted by major weather events, such as hurricanes and tropical storms.

NOAA and its partners continue to develop additional hypoxia forecast capabilities to understand impacts on living marine resources, including a tool to visualize future scenarios of fish biomass with and without nutrient reduction actions.