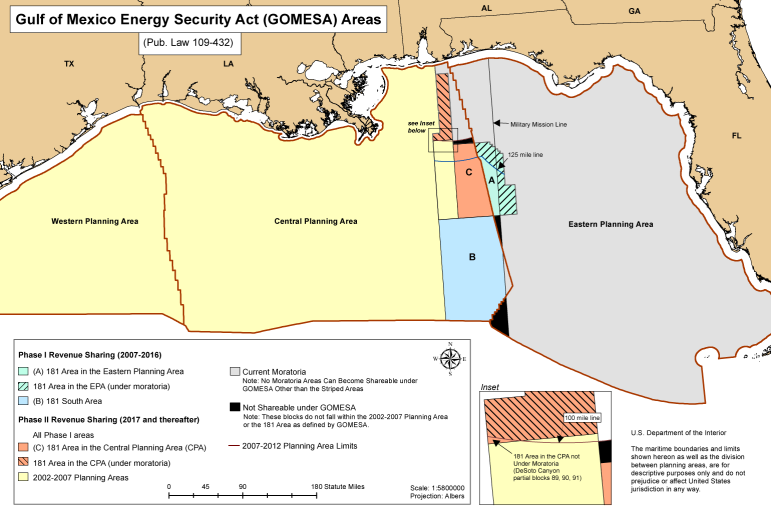 Louisiana - State lawmakers are backing legislation in Congress to increase the state's share of oil and gas revenues from the Gulf of Mexico and to create similar revenues from wind energy operations.

By
Victor Skinner / The Center Square via The Franklin Sun
Section:
Federal
Region:
Gulf of Mexico

Sen. Bill Cassidy is promoting the Reinvesting In Shoreline Economies and Ecosystems Act with Rhode Island Sen. Sheldon Whitehouse that would remove a $375 million per year cap on oil and gas revenues to Gulf states. The legislation is also co-sponsored by Sen. John Kennedy and 10 others.

The bill, which cleared the Senate Energy and Natural Resources Committee last week, could increase revenues for Gulf states by $4.4 billion over the next decade, according to estimates from University of Louisiana-Lafayette economist Stephen Barnes cited by NOLA.com.

The bill would allocate 37.5 percent of revenues from offshore wind energy generated in federal waters to states based on proximity to facilities, along with 12.5 percent of those revenues to the National Oceans and Coastal Security Fund. That fund distributes grants for coastal projects that could also benefit the state, according to a Cassidy press release.

The Gulf of Mexico Energy Security Act currently caps state revenue sharing at $375 million and imposes a state side funding cap of $125 million for the Land & Water Conservation Fund, both of which will be lifted through the legislation.

All revenues from federal offshore wind leases and production beyond state waters are currently deposited in the U.S. Treasury. Uses for state funding that would come from the bill's 37.5 percent revenue sharing provision for wind energy include coastal restoration, hurricane protection, infrastructure, efforts to mitigate damage to fish and wildlife, as well as implementation of a marine, coastal, or conservation management plan.

Cassidy's office told NOLA.com the bill received a hearing after negotiations with committee chairman Sen. Joe Manchin that reduced the state's portion of offshore oil revenue from what was originally 50 percent, prohibited revenues to be used for "entertainment" purposes, and included a requirement for states to spell out how they would spend the money, among other changes.