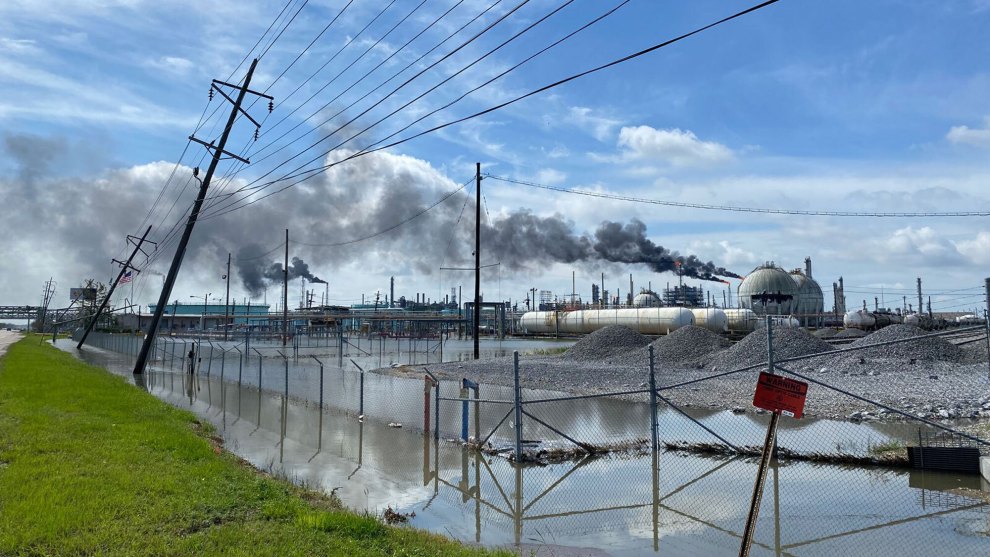 This story was originally published by the Grist and is reproduced here as part of the Climate Desk collaboration.

More than 72 hours after Hurricane Ida made landfall, plumes of dark black smoke were still rising from four towers at the Shell plant in Norco, Louisiana. Enormous flames billowed out of these towers in the heart of the petrochemical region known as “Cancer Alley,” and a thick smudge of smoke floated across the sky away from the plant.

The refinery has a history of significant flaring and compliance issues. In the last few years, the US Department of Justice and the Environmental Protection Agency have fined it for flaring more than allowed—and the facility has run into trouble with state authorities for failing to prevent emissions of sulfur dioxide and other toxic chemicals.

At least as of Thursday, it remained unclear when the flaring—where plants release gases into the air, often to relieve pressure and ensure safety—would stop.

“As a result of impacts related to Hurricane Ida, Shell’s Norco Manufacturing site is without electrical power,” said Cindy Babski, a spokesperson for Shell. “While the site remains safe and secure, we are experiencing elevated flaring. We expect this to continue until power is restored.”

“While the site remains safe and secure, we are experiencing elevated flaring. We expect this to continue until power is restored.”

In response to a series of follow-up questions, Babski confirmed that the facility relies on power delivered from Entergy, the utility that serves part of Louisiana, Mississippi, Texas, and Arkansas, which has said it may be multiple weeks before power returns to the New Orleans metro area. Babski said the company did not have a timetable for restoring power to the plant.

It’s unclear exactly what the facility is flaring and how much of it is being spewed into the air. The company is required to report unusual flaring activity to the Louisiana Department of Environmental Quality, the agency responsible for overseeing air quality in the state. A spokesperson for the agency told Grist that since the department’s records office had suspended normal operations due to the hurricane and loss of power, they weren’t sure if Shell had submitted flaring reports.