Gulf of Mexico
The fire broke out while maintenance work was being carried out. EPA 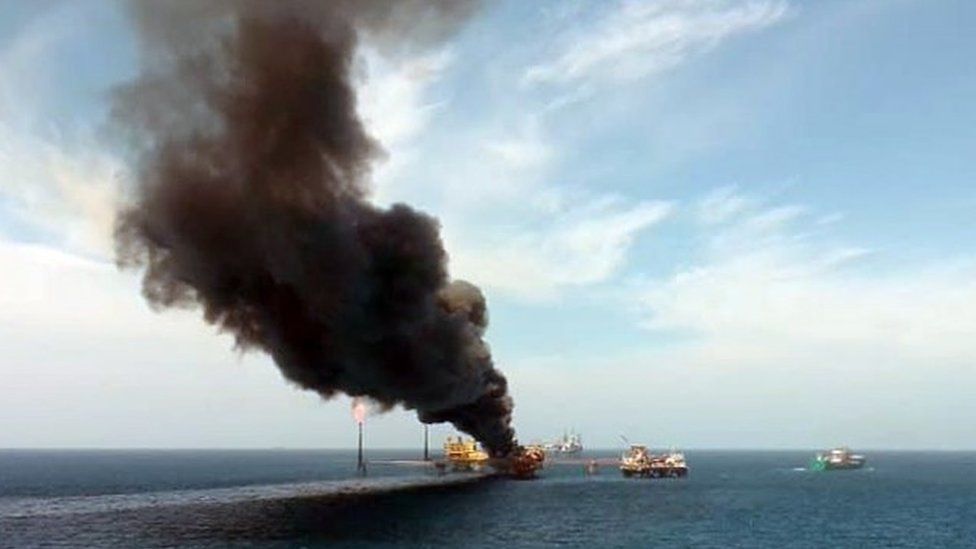 A fire on a Pemex-operated platform offshore Mexico has resulted in the deaths of five workers and injuries to six while two workers are still missing.

The fire erupted on the E-Ku-A2 platform located in the Bay of Campeche in the Gulf of Mexico on Sunday, 22 August 2021.

After the fire was brought under control, the company’s efforts focused on searching for the missing workers, stabilizing the integrity of the platform, and damage assessment.

In Pemex’s first statement related to the incident, published on Sunday, the company said that one worker had died in the incident, three had suffered injuries, and one person had suffered a nervous breakdown. When it comes to Cotemar company, the contractor, three people were injured and three were missing. Two more people, from the contractor Bufete de Monitoreo de Condiciones e Integridad, were missing.

In a new statement, released on Monday, Pemex confirmed that five people had died, six had been injured, and two were missing.

Of the deceased persons, one worker is from Pemex and four from the Cotemar company. There are two missing persons from Bufete de Monitoreo de Condiciones e Integridad (BMCI). The six injured are treated in hospitals, one of them is in serious condition and the others are in recovery.

According to Reuters, the fire cut Pemex’s production by 444,000 barrels per day (bpd) due to the lack of natural gas to re-inject into crude fields.