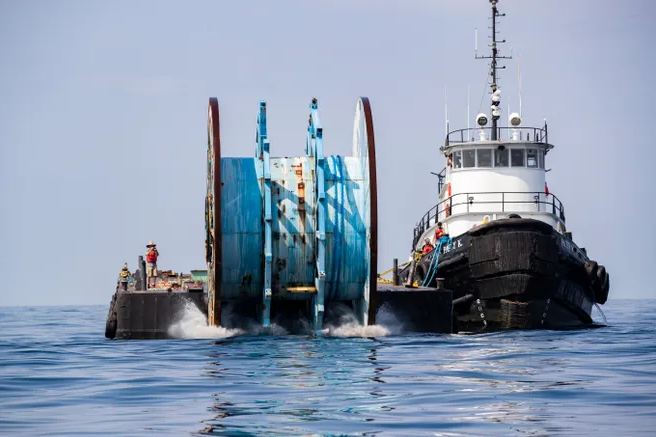 The county is reeling in the benefits from one of its major projects.

BAY COUNTY — The county is reeling in the benefits from one of its major projects.

Bay County's artificial reef program has made steady progress in helping protect wildlife and bringing back for divers and fishermen the natural ecosystem that was damaged by the BP oil spill in 2010 and Hurricane Michael in 2018.

Program officials have deployed several hundred reefs in the Gulf of Mexico since the early 2000s — including 268 modules across 20 sites from October to December 2020, and five reels across three sites in September 2021 — to attract native fish such as red snapper, grouper and scamp.

The BP oil spill brought "months of closure and impact both economically and just from a quality of life standpoint ... and as far as Hurricane Michael, we had a lot of our ships and reefs that we have, that were mainly used for diving, those were impacted," said Scott Jackson, County Extension director and Seagrant extension agent. "And so, slowly over time, we're trying to rebuild those reefs so that we can continue to be known for a place where tourists can come here and also, for people that live here can get out and enjoy fishing and diving."

Waiting for permits in 2022

After placing five artificial reefs in St. Andrew Bay in September 2021, county officials have been working to secure permits through the RESTORE Act to place more reefs.

"The RESTORE Act is made up of about 1,000 tons of secondary use concrete materials and also some towers that were donated from Gulf Power a long time ago. And so, we've just received (on Tuesday) a new permit to help us with that project," Jackson said. "It's a one-mile by one-mile section permit. It's about 5 nautical miles to the west of St. Andrews Pass. And inside of that area, we're going to be looking at seven to 10 sites.