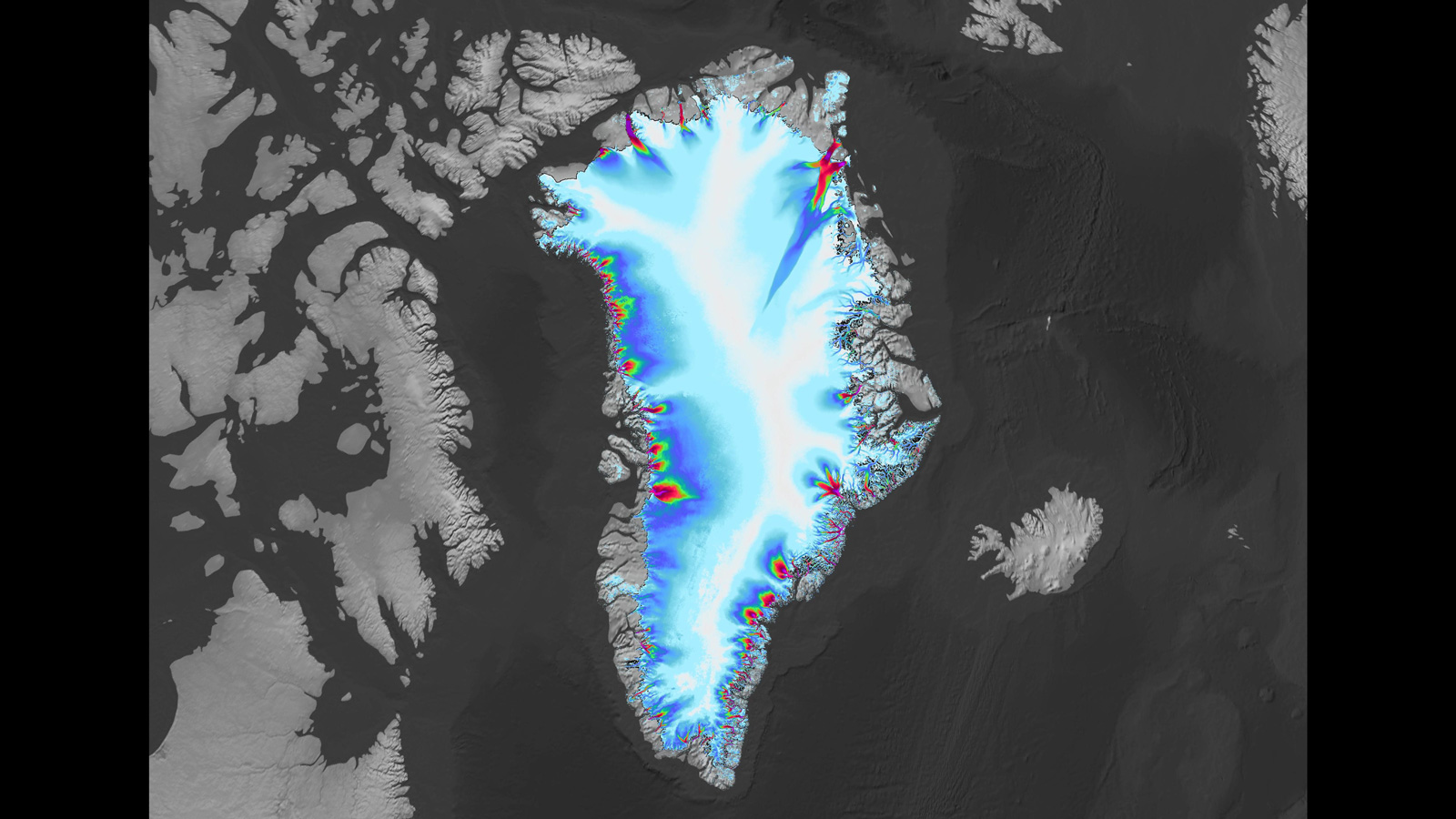 A new study of Greenland's shrinking ice sheet reveals that many of the island's glaciers are not only retreating, but are also undergoing other physical changes.

Some of those changes are causing the rerouting of freshwater rivers beneath the glaciers, where it meets the bedrock. These rivers carry nutrients into the ocean, so this reconfiguring has the potential to impact the local ecology as well as the human communities that depend on it.

"The coastal environment in Greenland is undergoing a major transformation," said Alex Gardner, a research scientist at NASA's Jet Propulsion Laboratory and co-author of the study. "We are already seeing new sections of the ocean and fjords opening up as the ice sheet retreats, and now we have evidence of changes to these freshwater flows. So losing ice is not just about changing sea level, it's also about reshaping Greenland's coastline and altering the coastal ecology."

About 80% of Greenland is blanketed by an ice sheet, also known as a continental glacier, that reaches a thickness of up to 2.1 miles (3.4 kilometers). Multiple studies have shown that the melting ice sheet is losing mass at an accelerating rate due to rising atmosphere and ocean temperatures, and that the additional meltwater is flowing into the sea.‍

This study, published on Oct. 27 in the Journal of Geophysical Research: Earth's Surface, provides a detailed look at physical changes to 225 of Greenland's ocean-terminating glaciers, which are narrow fingers of ice that flow from the ice sheet interior out into the ocean. The data used in the paper was compiled as part of a project based at JPL called Inter-mission Time Series of Land Ice Velocity and Elevation, or ITS_LIVE, which brings together observations of glaciers around the globe - collected by multiple satellites between 1985 and 2015 - into a single dataset open to scientists and the public.