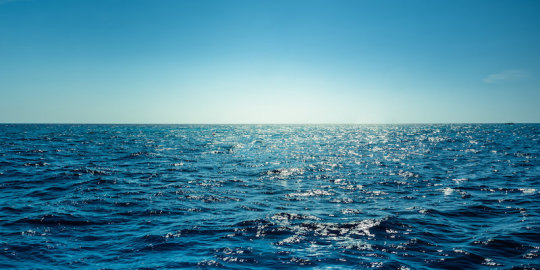 Geologists have studied exposed, 3.2-billion-year-old ocean crust in Australia and used that rock data to build a quantitative, inverse model of ancient seawater. The model indicates the early Earth could have been a 'water world' with submerged continents.

The Earth of 3.2 billion years ago was a "water world" of submerged continents, geologists say after analyzing oxygen isotope data from ancient ocean crust that's now exposed on land in Australia.

And that could have major implications on the origin of life.

"An early Earth without emergent continents may have resembled a 'water world,' providing an important environmental constraint on the origin and evolution of life on Earth as well as its possible existence elsewhere," geologists Benjamin Johnson and Boswell Wing wrote in a paper just published online by the journal Nature Geoscience.

Johnson is an assistant professor of geological and atmospheric sciences at Iowa State University and a recent postdoctoral research associate at the University of Colorado Boulder. Wing is an associate professor of geological sciences at Colorado. Grants from the National Science Foundation supported their study and a Lewis and Clark Grant from the American Philosophical Society supported Johnson's fieldwork in Australia.