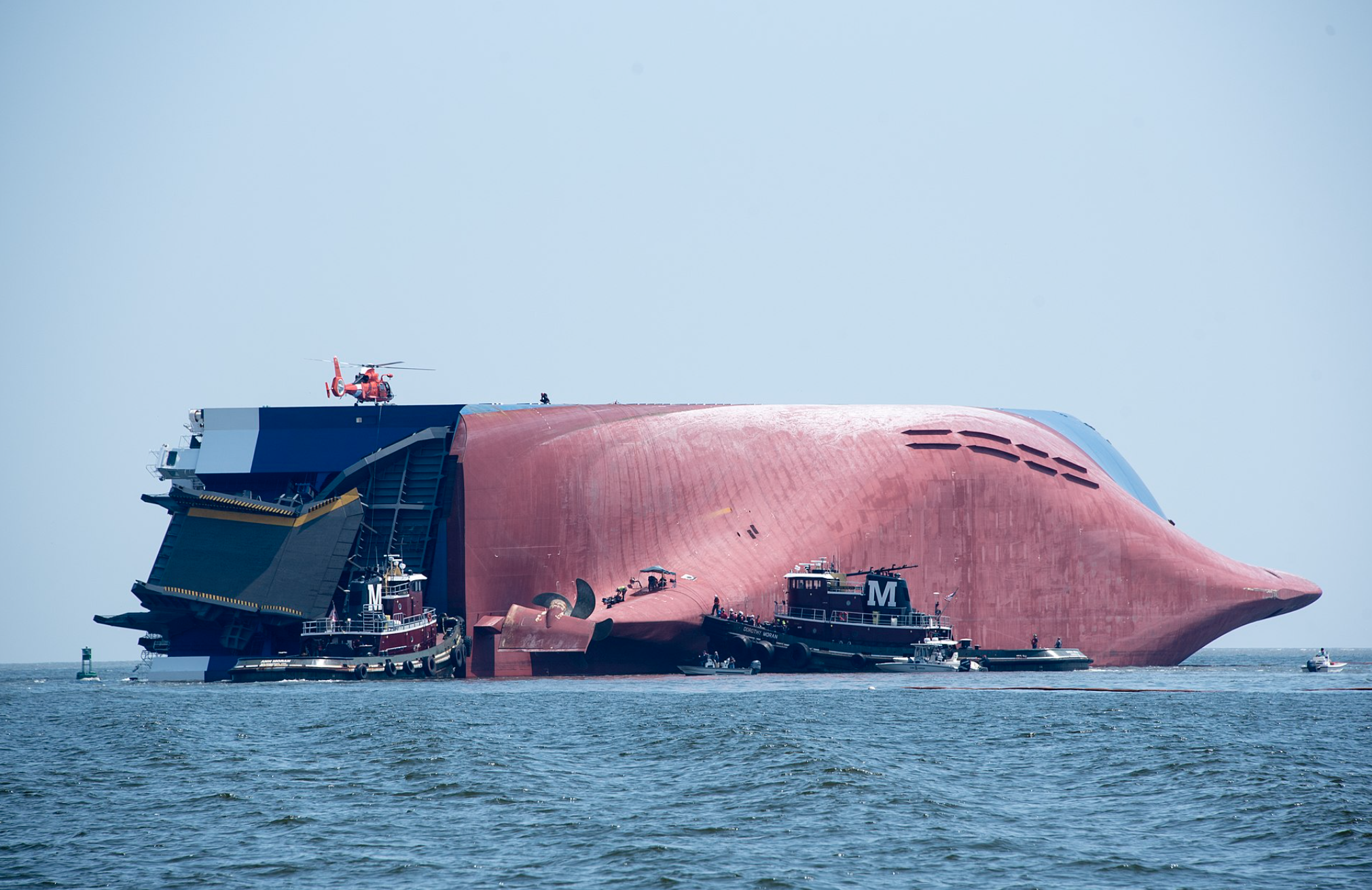 Salvage workers plan to use a long cutting chain suspended from a floating crane to saw apart a large cargo ship that overturned nearly five months ago on the Georgia coast, the multiagency command overseeing the vessel’s removal said Wednesday.

Plans released by the salvage team call for the South Korean ship Golden Ray to be carved into eight massive pieces, each weighing up to 4,100 tons. The capsized vessel would be straddled by a giant crane anchored to a barge on opposite sides of the ship. The crane would lift each chunk and load it onto a barge for removal.

The cutting won't start until crews surround the wrecked ship with a giant mesh barrier designed to contain any loose debris as the vessel gets cut apart. Construction of that barrier should begin in about two weeks and will take more than a month to complete, said Coast Guard Petty Officer 1st Class Nate Littlejohn, a spokesman for the salvage team.