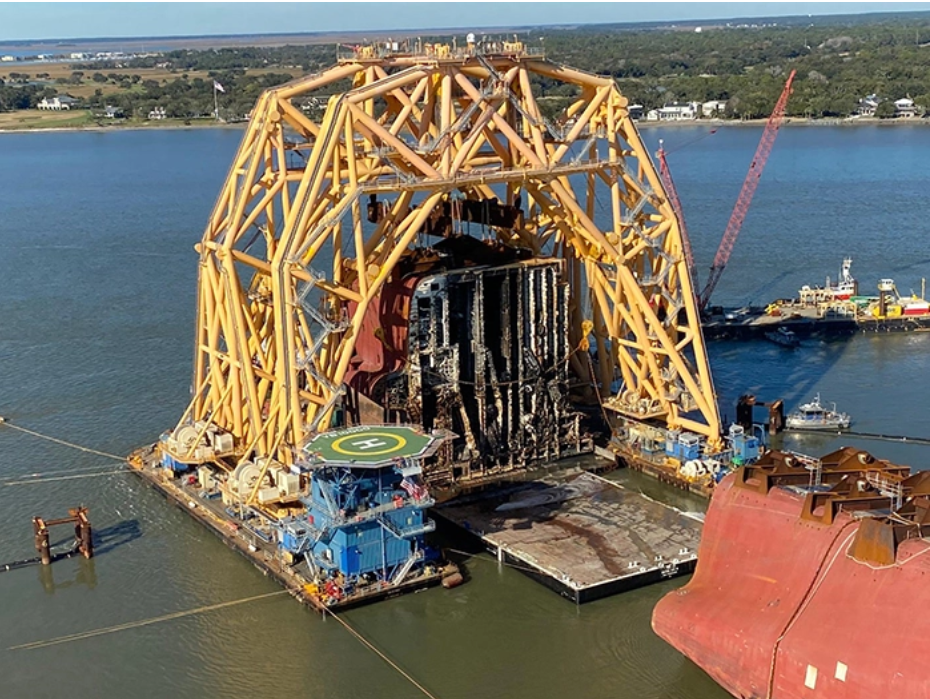 The heavy lift vessel VB-10000, which had earlier completed the cut through the section, yesterday lifted the section on to the Barge 455-8, This was followed by ballasting of the barge and sea-fastening operations overnight. The barge then transited with the section to Mayor’s Point Terminal on Tuesday morning. The section will undergo further sea-fastening at the terminal before transiting aboard the barge to a recycling facility in Louisiana.

“Due to this cut’s proximity to the engine room, we expected to encounter residual oil/petroleum products inside tanks, piping and machinery which could not be accessed in the fuel removal phase of the response.” said Incident Commander Chris Graff of Gallagher Marine Systems. “The response team was fully prepared and in position to respond throughout the entire cut and lift.

“What we observed during this operation is exactly why we have the protection barrier and a dynamic fleet of oil response vessels,” said U.S. Coast Guard Commander Efren Lopez, Federal On-scene Coordinator. “The pollution response team has been refining their operations for months and that paid off with their swift response to the product released from the wreck during the lift.”