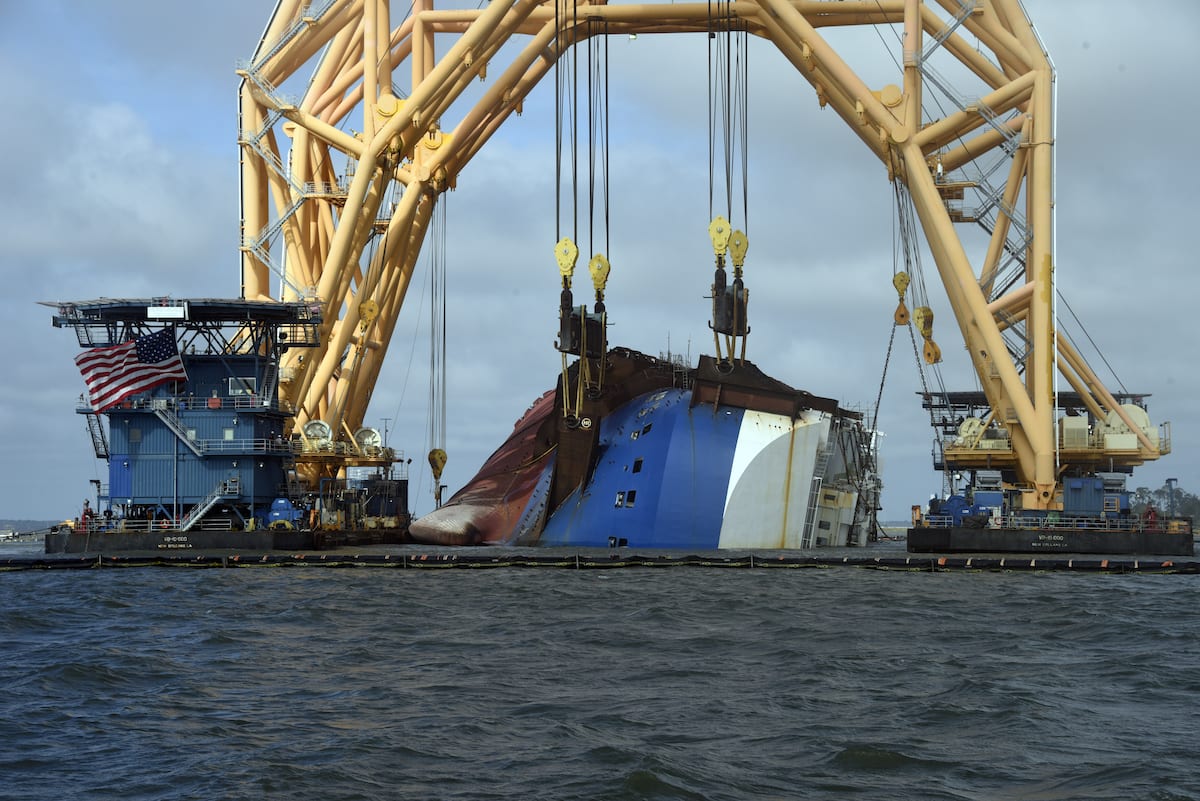 The heavy lift vessel VB10000 began cutting the Golden Ray on Friday more than a year after the car carrier wrecked in St. Simons Sound, Georgia.

The St. Simons Sound Unified Command said cutting kicked off Friday at about 11:30 a.m. However, approximately 25 hours into the cut, the chain broke.

“There were no injuries or damage to the VB-10000. Meanwhile, responders retrieved the chain and repaired the broken link while also inspecting the chain for any additional fatigue. They resumed cutting operations thereafter,” the unified command said in an update.

The Golden Ray was carrying about 4,200 vehicles when it lost stability and grounded as it departed the Port of Brunswick more than a year ago in September 2019. All vehicles remain inside the ship’s cargo holds and will be cut along with the wreck’s hull.

The VB10000 arrived in St. Simons Sound late last month to prepare for the cutting of the Golden Ray inside an erected Environmental Protection Barrier. The vessel will us an anchor chain to cut the wreck into eight sections that will then be lifted onto barges for transportation to a shoreside recycling facility. The first cut was anticipated to take about 24 hours.