Southeast
A loggerhead returns to the water after digging her nest on the beach at Wassaw. PHOTO COURTESY CARETTA RESEARCH PROJECT 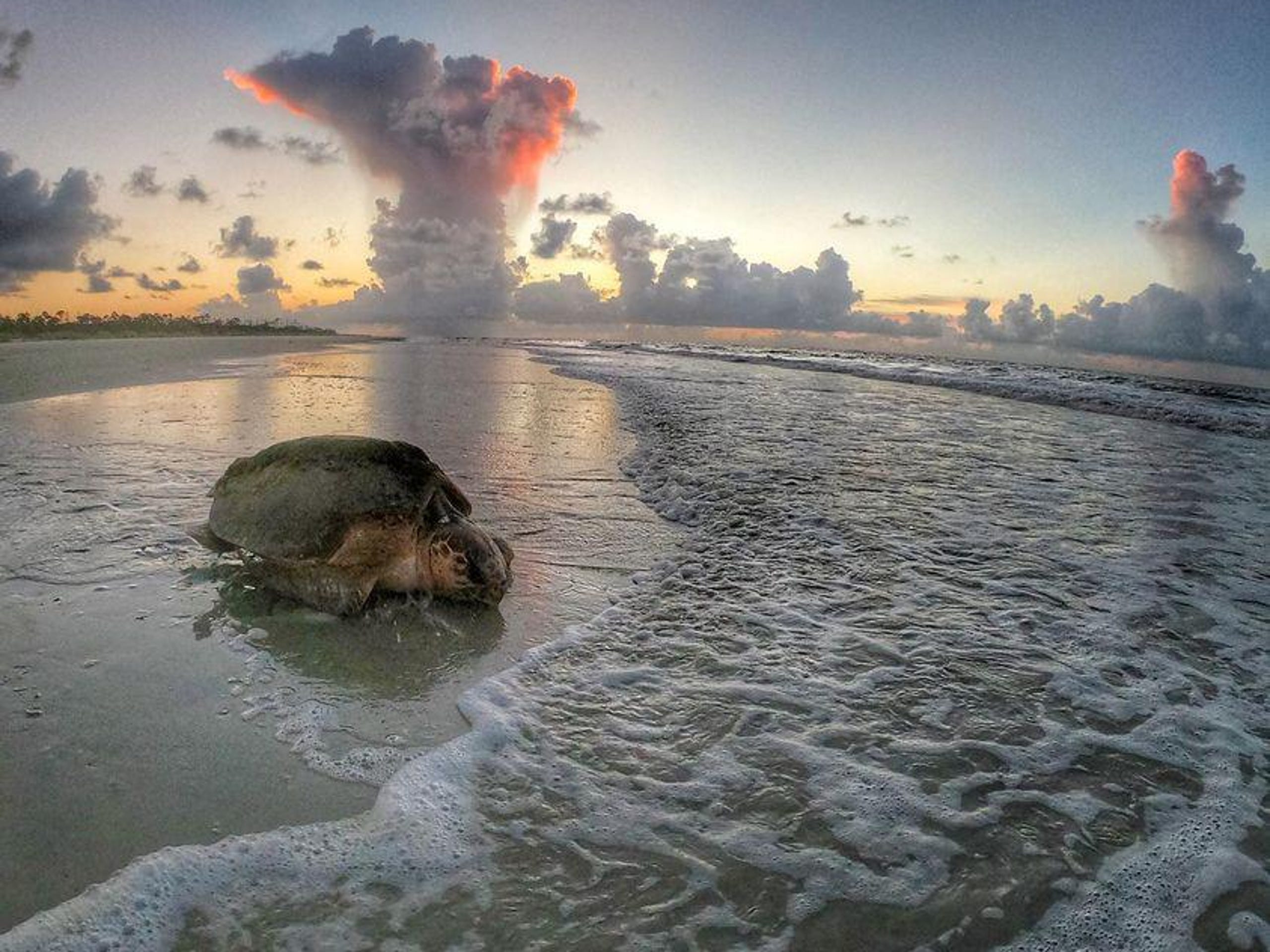 Georgians love their loggerhead sea turtles, which last summer crawled up on beaches from Tybee Island to Cumberland Island and laid 2,632 nests full of eggs.

So when the U.S. Army Corps of Engineers announced plans to dredge in Brunswick and Savannah this spring and summer when the turtles are most abundant, there was and remains pushback. Both environmental groups and the state Department of Natural Resources have weighed in against the plan, which Corps officials say will better protect another beloved species, highly endangered right whales, which come to the coast of Georgia to give birth.

The document guiding the Corps is the South Atlantic Regional Biological Opinion for Dredging and Material Placement Activities in the Southeast United States or SARBO. Produced by the National Marine Fisheries Services in cooperation with the Corps and the Bureau of Ocean Energy Management, it allows the Corps' dredging activity to injure or kill up to 214 loggerheads in the Southeast over a three-year period.

Catherine Ridley, vice president of  the nonprofit One Hundred Miles, said that could be devastating, especially if concentrated in one area.

"If that were to happen here in Brunswick, for example, that would take as many as 87% of the females nesting in the vicinity of Brunswick," she said, pointing to statistics provided by the Georgia Department of Natural Resources. "And in Savannah, it would take 47%."

Ridley, who herself has worked on the beach with sea turtles, is passionate that these really are the Peach State's turtles, with grandmothers, mothers and daughters returning to nest on beaches near where they themselves hatched.