Southeast
The Port of Savannah's Garden City terminal is tops in the U.S. for exports. via Georgia Ports Authority 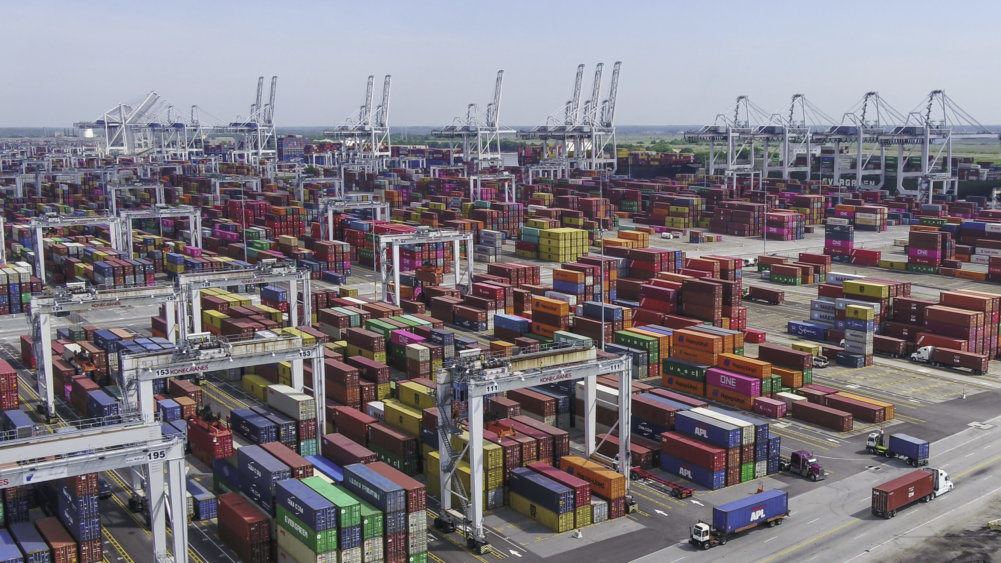 Savannah has become the top U.S. port for exports during the first five months of 2020, showcasing outbound traffic to be a continued strength for the fourth largest container port in the nation.

The Port of Savannah handle 593,195 twenty-foot equivalent container units, or TEUs, through May, eclipsing Los Angeles and giving Savannah a 12.2 percent market share of exports among all U.S. gateways.

Executive Director Griff Lynch said the shift is in part due to the expansion of the Panama Canal, which is sending larger ships to the East Coast. Along with these “neo-Panamax” vessels comes more empty containers and more available slots for containerized cargo.

Cotton exports grew by 61 percent during the period, followed by woodpulp at 15.8 percent, and kaolin clay at 23.7 percent.

The numbers show that the port is serving “farms and factories” in the state and the broader region, said GPA Board Chairman Will McKnight in a news release.

“Terminal efficiency is about more than moving cargo quickly, it’s about helping American companies compete in the global marketplace,” he said.

The port is still seeing traffic impacted by the downturn associated with the COVID-19 pandemic. Overall, TEUs were down 6.8 percent to 26,325 in July , and tonnage dropped 3.1 percent for the month to 101,870 tons.