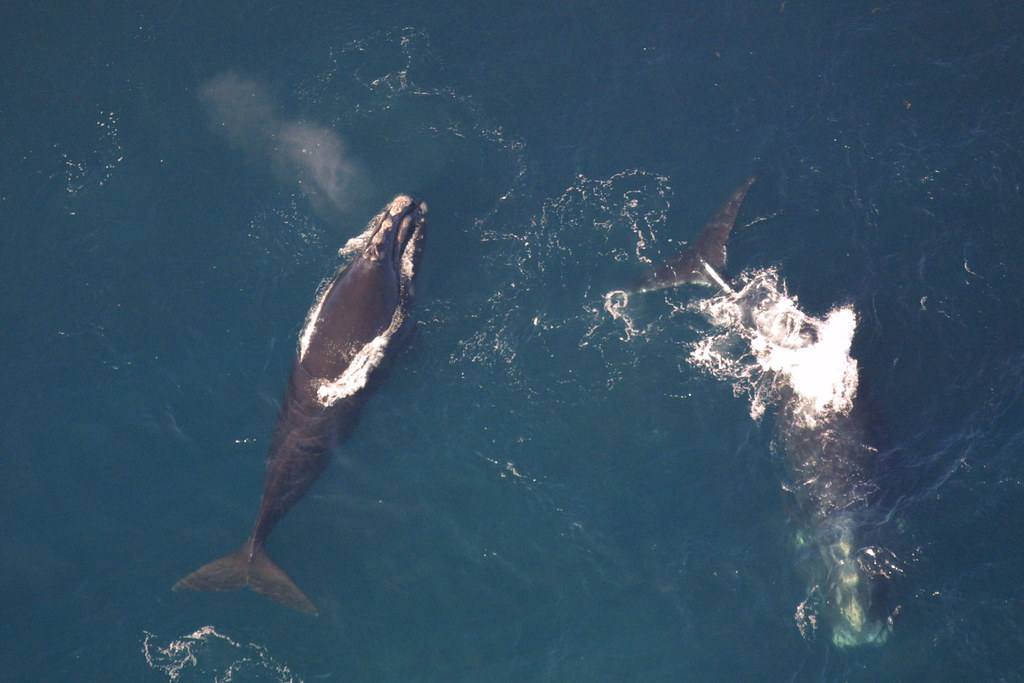 For years, marine mammal conservationists have known the North Atlantic right whale population was in decline because of vessel strikes and entanglement in fishing gear. Now, newly released population estimates show the already-endangered species is on the brink of extinction.

The North Atlantic Right Whale Consortium (NARWC) has released new data showing that this species of right whale — known in Georgia as the state marine mammal — is doomed unless the government and fishing industry adopt stricter, more protective rules.

The organization estimates there are a total of 340 North Atlantic right whales left worldwide, 10 fewer than the most recent population estimate by the National Oceanic and Atmospheric Administration (NOAA).

NOAA has proposed additional vessel speed limits, but Georgia Port Authority officials are opposed, fearing the lower speeds would contribute to economic strain and dangerous conditions for ships. NOAA is taking public comments on the updated rule until Monday.

The species has been listed as endangered under the Endangered Species Act since 1973, though its population numbers gradually recovered until 2010. Scientists are unsure about the cause for this period of recovery. Katie Wagner, a NOAA spokesperson, said it was likely a combination factors including adequate prey and protective measures.

Each fall, North Atlantic right whales migrate from New England and Canada to the warmer, coastal waters of Georgia and North Florida to have their calves.

The primary dangers to the species according to NOAA, are human interactions, specifically vessel strikes and fishing rope entanglements. Ropes attached to fishing traps on the sea floor cling vertically to buoys above and can wrap around whales that run in to them. An entangled whale can drown for lack of access to surface air or suffer from infections, loss of appendages or stress that affects their birth rate.

Experts from the International Fund for Animal Welfare (IFAW) marine conservation team said entanglements have increased over the past decade and cutting the animals free is extraordinarily difficult.

When a whale is seriously injured or dies of unnatural causes, like entanglement or vessel strikes, it is considered an “unusual mortality event.” Since 2017, NOAA has documented 91 such events, though NOAA adds that only about one-third of right whale deaths are documented.