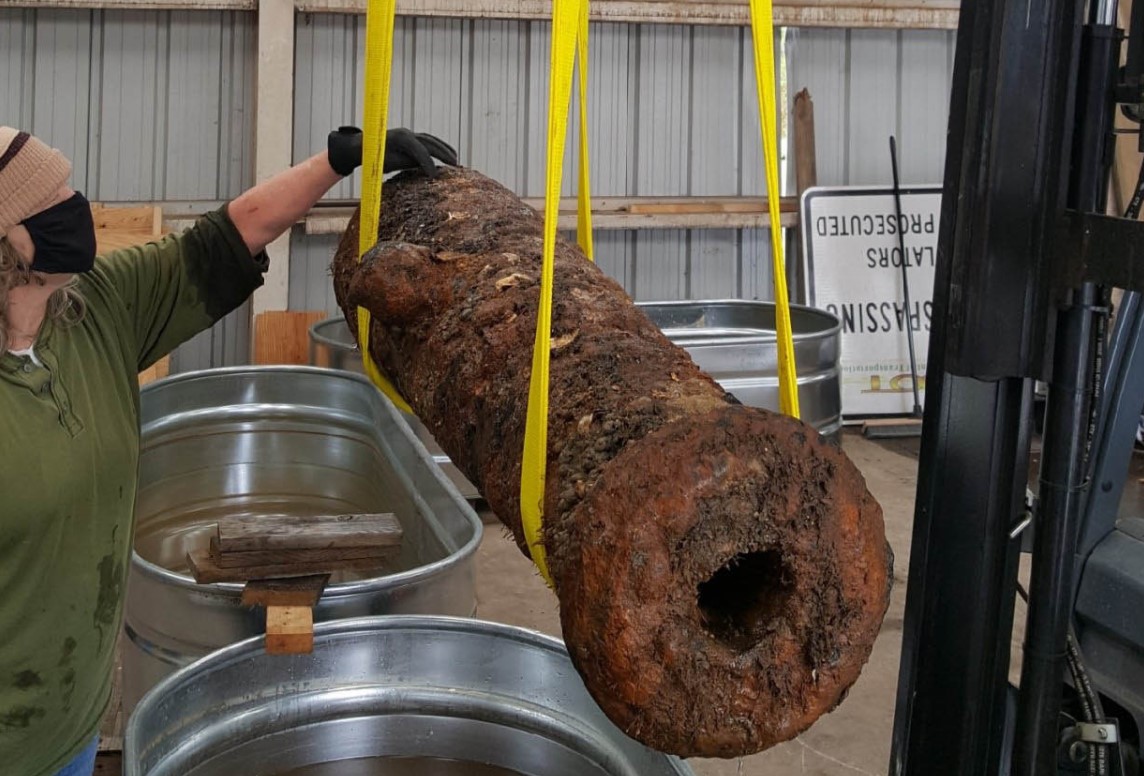 SAVANNAH, Ga. (WSAV) – U.S. Army Corps of Engineers dredgers recently discovered pre-Civil War artifacts at the bottom of the Savannah River as a part of the Harbor Expansion Project.

Three canons, a ship anchor and other wooden materials were found and remain in the hands of the Corps Engineers as they begin preservation steps.

“You never know what’s going to be under the surface,” said Andrea Farmer, an archeologist for the Army Corps of Engineers Savannah District.

“These items could just be part of a debris field,” said Farmer. “Maybe these cannons were not needed and pushed off a ship, or they could be part of a wreck that could potentially, in part, still be intact at the bottom of the Savannah River.”

It’s estimated the artifacts could date as far back as the 1770s when Great Britain held control of the Georgia colony.

Dredging in the area where the artifacts were discovered has been halted pending more research into the origin of the artifacts.

“With the dredging, we just wanted to ensure that it was stopped just so that if there is an intact vessel or site down there, that we did not disturb it any further,” Farmer explained. “And as part of National Preservation Historic Act — that’s just to ensure that there’s a process by which we work with consulting parties and interested parties.”

The Corps of Engineers says it wants to adhere to the letter and spirit of the National Historic Preservation Act.