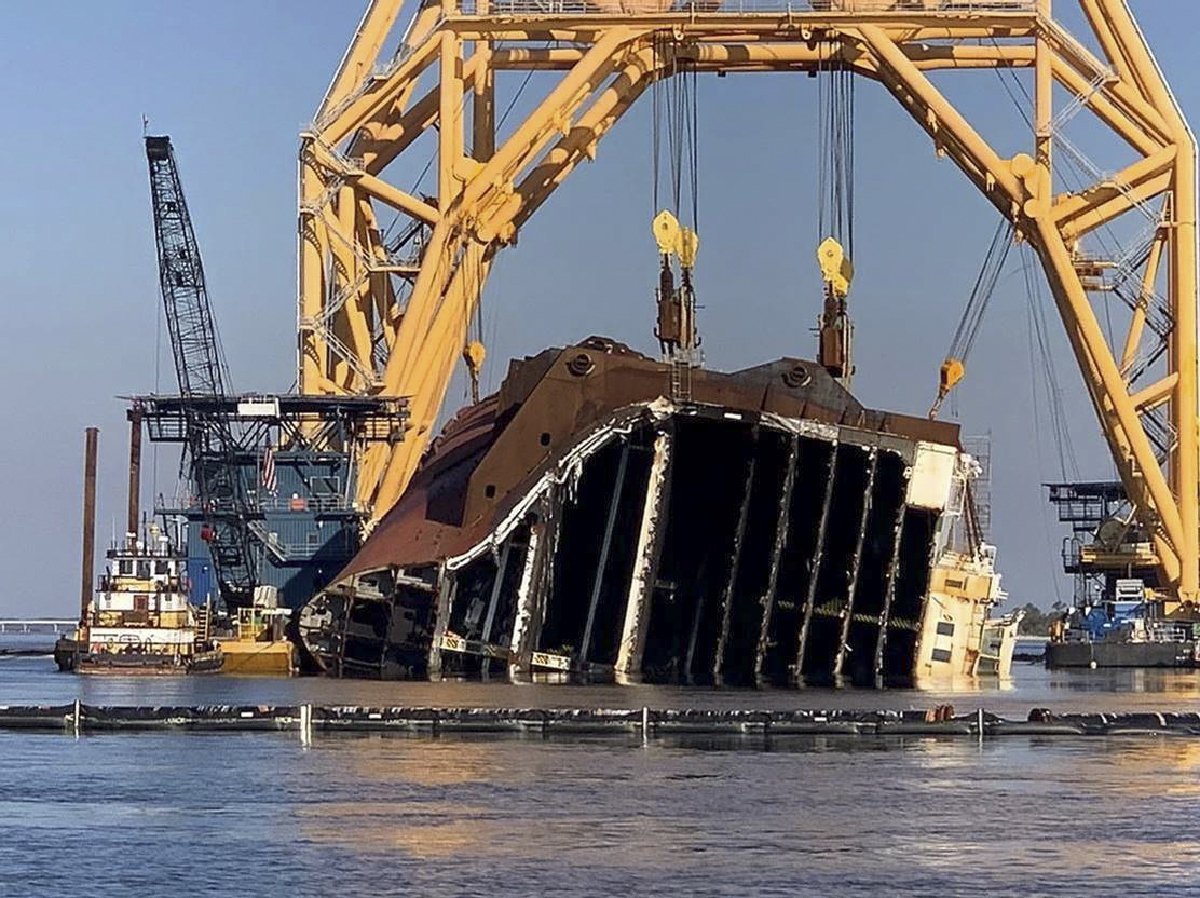 SAVANNAH, Ga. (AP) — When salvage crews began cutting apart the capsized Golden Ray, a shipwreck the size of a 70-story office building with 4,200 cars within its cargo decks, in early November they predicted the demolition could be wrapped up by New Year’s Day.

Both ends of the cargo ship have been cut away and carried off by barges in a pair of giant chunks. But roughly three-fourths of the vessel remains beached on its side off St. Simons Island on the Georgia coast, where the South Korean freighter overturned soon after leaving port Sept. 8, 2019.

“It’s been nothing but problems out here,” said Andy Jones, a St. Simons Island resident who heads to the wreck site in his small fishing boat most days to monitor the demolition and post updates to a YouTube channel. “It’s a disappointingly slow pace.”

Salvage experts decided more than a year ago that the Golden Ray, measuring 656 feet (199 meters) long, was too big to remove intact. They settled on a plan to carve the ship into eight massive chunks, each weighing up to 4,100 tons (3,720 metric tonnes).

They straddled the wreck with a towering crane with a winch and pulley system attached to 400 feet (122 meters) of anchor chain that acts as a dull sawblade, tearing through the ship’s hull with brute force.

Start-to-finish, each individual cut was supposed to take a single day. Taking into account time needed to load each severed ship section onto a barge and prepare for the next slice, the multiagency command overseeing the effort predicted the job would take eight weeks.

It’s turned out to be a lot harder.