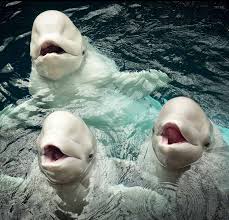 Lobbyists and executives for Mystic Aquarium and Georgia Aquarium used back-door politics to try to win approval for a controversial permit application to import five captive-born beluga whales from Marineland in Canada, an Animal Welfare Institute (AWI) analysis of hundreds of documents has found.

The documents, obtained by AWI under the Freedom of Information Act, show that aquarium leaders and their consultants lobbied all levels of the Department of Commerce, starting with Secretary Wilbur Ross, to try to influence the process and gain support for the import permit regardless of what the Marine Mammal Protection Act (MMPA) and its implementing regulations actually allow. These high-level meetings occurred in late 2017, more than a year before Mystic formally submitted its application and two years before the public had an opportunity to comment on it.

On Friday, AWI delivered a letter to Secretary Ross, urging him and other political appointees in his department to recuse themselves from the decision-making process on the beluga import permit. As AWI notes, these records suggest that multiple high-level officials within the Department of Commerce were favorably inclined to grant the permit well before Mystic even filed its application.

Based on the documentation, it is possible that one or more of these officials – including Secretary Ross – ordered the National Marine Fisheries Service (NMFS) Office of Protected Resources (whose career staff are responsible for reviewing and making decisions on such applications) to approve the permit regardless of the facts or the law. If so, this would amount to unlawful predetermined federal decision-making. It also appears that multiple lobbying firms involved in this effort disregarded federal reporting requirements (see Attachment E).