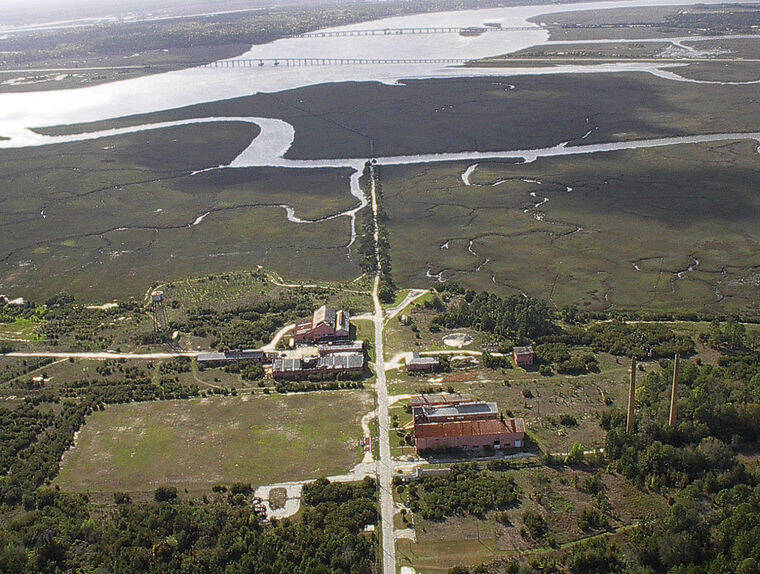 With climate a major issue in two Senate runoff elections, the state’s voters need look no further than coastal Brunswick for potential risks.

From a distance, the inland marsh a few miles from the Atlantic Ocean in Brunswick, Georgia, looks like a broad, green mat broken by silvery threads of meandering rivers and creeks.  There's cordgrass four feet tall, and sea daisies that add a splash of starburst color.

The marsh is home to shrimp, blue crab and sea trout, and it's the nesting site of Great Egrets. Bottlenose dolphins inhabit the nearby Turtle/Brunswick River Estuary in Glynn County.

But looks can be deceiving.

Beneath the bucolic green expanse, the water and sediment contain toxic mercury and PCBs from the now closed LCP Chemical plant, which produced chlorine gas, hydrogen gas, hydrochloric acid and other caustic chemicals from 1955 to 1994, at what has since been declared a Superfund hazardous waste site, managed by the Environmental Protection Agency.