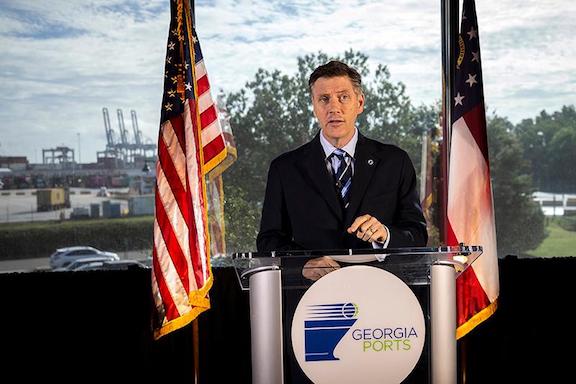 In its first-ever virtual State of the Port Address, co-hosts Griff Lynch and Will McKnight took the Georgia Ports Authority’s online audience for an on-terminal view of infrastructure advancements the Authority is making to accommodate record container growth.

“We appreciate the decisions of cargo owners to place their trust in Georgia. As our economy recovers, customers continue to be attracted by Savannah’s strong fundamentals – including the people who make our ports work,” Lynch said. “I want to thank our GPA employees, the International Longshoremen’s Association and our many partners across the logistics industry for their dedication to service.”