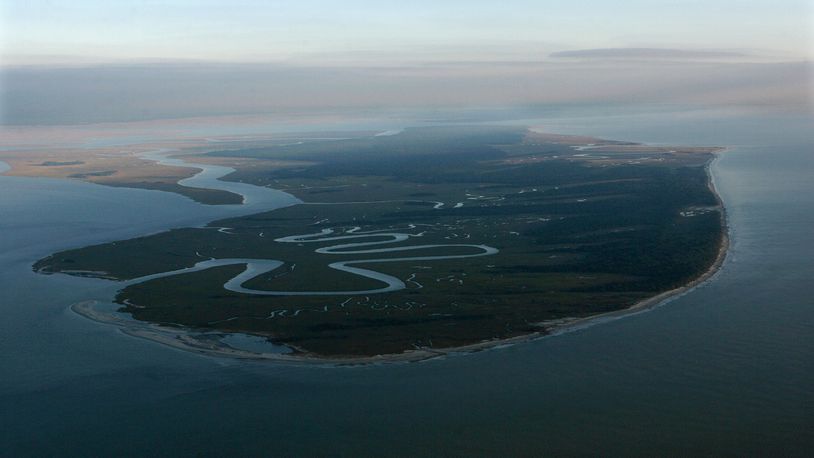 A new study draws attention to the need to conserve undeveloped land in coastal areas to accommodate wetlands as sea levels rise.

The city has built up sand dunes and beaches, and now requires new construction to be raised above flood level. Tybee officials have also secured funding to raise at least 22 homes and the city is planning for more.

Georgia’s coastal wetlands are under threat from rising seas, and how the state and local communities respond could spell the difference between a net gain or a net loss of these vital ecosystems, a new study says.

U.S. coastal wetlands could either increase by 25% or decrease by 97% over the next century, depending on a number of factors, including how quickly humans can reduce carbon emissions and how much coastal land is set aside for conservation, researchers found. The report calculated that these changes could result in an annual gain of $222 billion to the U.S. economy or an annual loss of as much as $732 billion.

The study, conducted by Climate Central, a research nonprofit, and published in Environmental Research Communications, projects best- and worst-case scenarios for coastal wetlands across the contiguous United States, including Georgia.

“The first worst-case scenario is much worse than the best best-case scenario,” said Siddharth Narayan, an assistant professor of integrated coastal programs at East Carolina University, who reviewed but was not involved in the study.

“If we want to increase wetland coverage, that’s going to be harder to do” than taking no action and losing most of the country’s coastal wetlands, he added.

Georgia’s coast is among the least developed in the nation. The state’s barrier islands and inland waterways include a vast network of marshes home to a diverse ecosystem of plants and wildlife. Those island buffers also protect inland areas from hurricanes and flooding.

But climate change is a threat.

“Sea level rise is a fact,” said Jennifer Kline, who oversees coastal hazards and disaster resiliency for the state Department of Natural Resources. “We have scientific evidence here on Georgia’s coast that it has been occurring and is steadily increasing.”