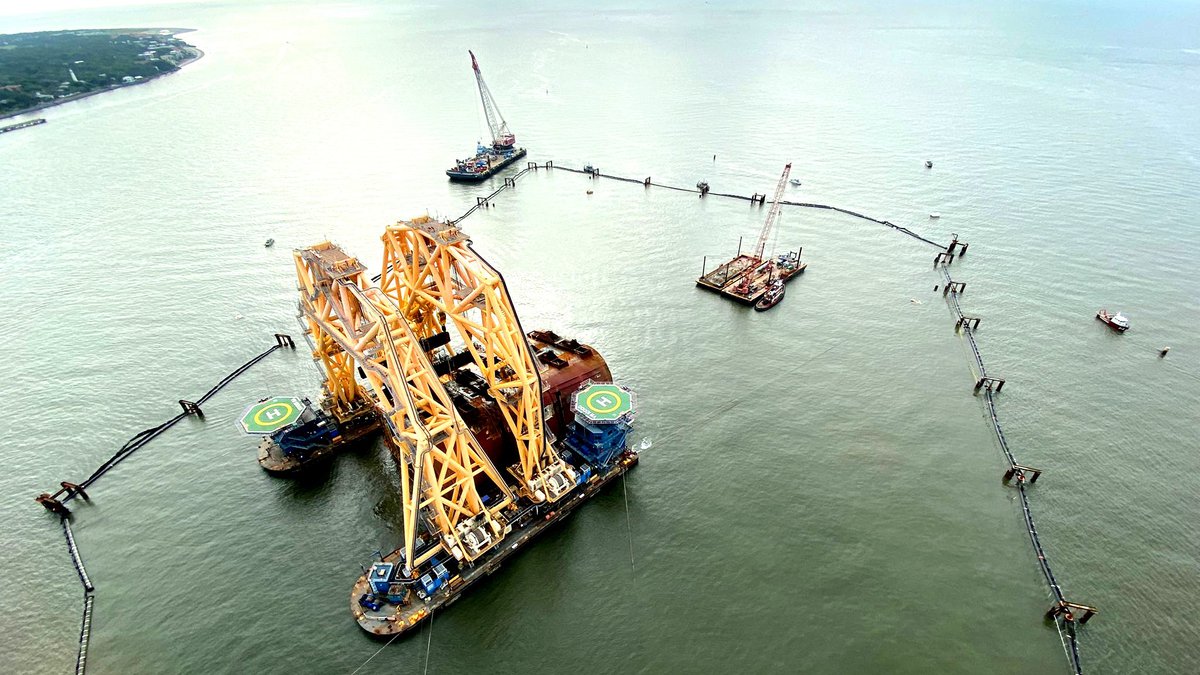 GLYNN COUNTY, Ga. (WTOC) - More than half of the Golden Ray cargo ship has been removed from the St. Simons Sound.

Crews are making the final cut, and expect removal operations to be complete by the end of the month. The Altamaha Riverkeeper has been working with Unified Command since the cargo ship capsized.

The group has helped update the response team’s mitigation efforts for oil and debris, as they’ve already seen the local shorelines impacted by the wreck removal.

Fletcher Sams, director of the organization, says most of the environmental impact can be seen on about 30 miles of shoreline, near the wreck site, mostly on marsh grass.

Sams says the environmental protection barrier around the ship can only do so much - comparing it to a speedbump, saying it slows down any debris or oil from escaping the sound, not stopping it.

The latest oil leak happened at the end of July, as crews were removing Section Six. This caused the Coastal Health District to issue a beach advisory for St. Simons Island and Jekyll Island.

Sams biggest concern right now is how crews are treating oil on marsh grass with a formula, that he says, will have negative long-term effects on the environment.