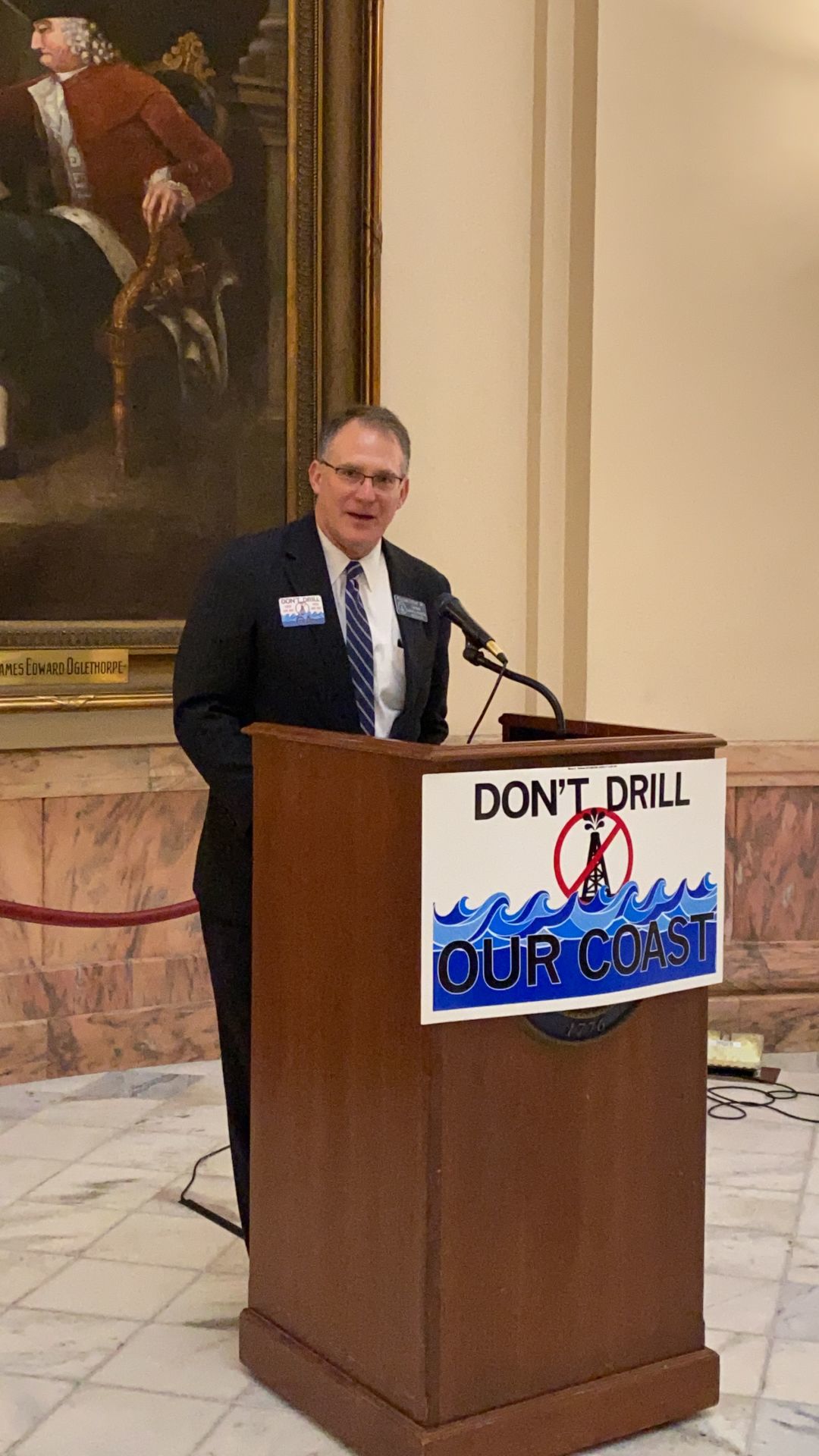 Nonbinding resolutions, by definition, have no direct effect, but a state House resolution passed in 2019 against energy exploration off the Georgia coast led U.S. Rep. Buddy Carter, R-1, to reconsider his position and send a letter to the Interior Department asking it to remove the state from its offshore oil and gas leasing plans.

Coastal members of the state Senate hope to capitalize on the success of the House and pass a resolution proclaiming the Senate’s opposition to energy exploration, including seismic airgun testing, in waters off the Georgia coast.

Backed by organizations like the Georgia Conservancy, Georgia Conservation Voters, Georgia Interfaith Power and Light, Oceana Georgia, One Hundred Miles and the Surfrider Foundation, the senators for the 1st, 2nd and 3rd districts held a news conference earlier this week at the Capitol in Atlanta to draw attention to their effort.

State Sen. William Ligon, R-White Oak, opening his remarks with lines from Sidney Lanier’s poem, “The Marshes of Glynn,” said people’s experiences with the marsh and sea, as well as the wildlife they quarter, are part of who Georgians are.