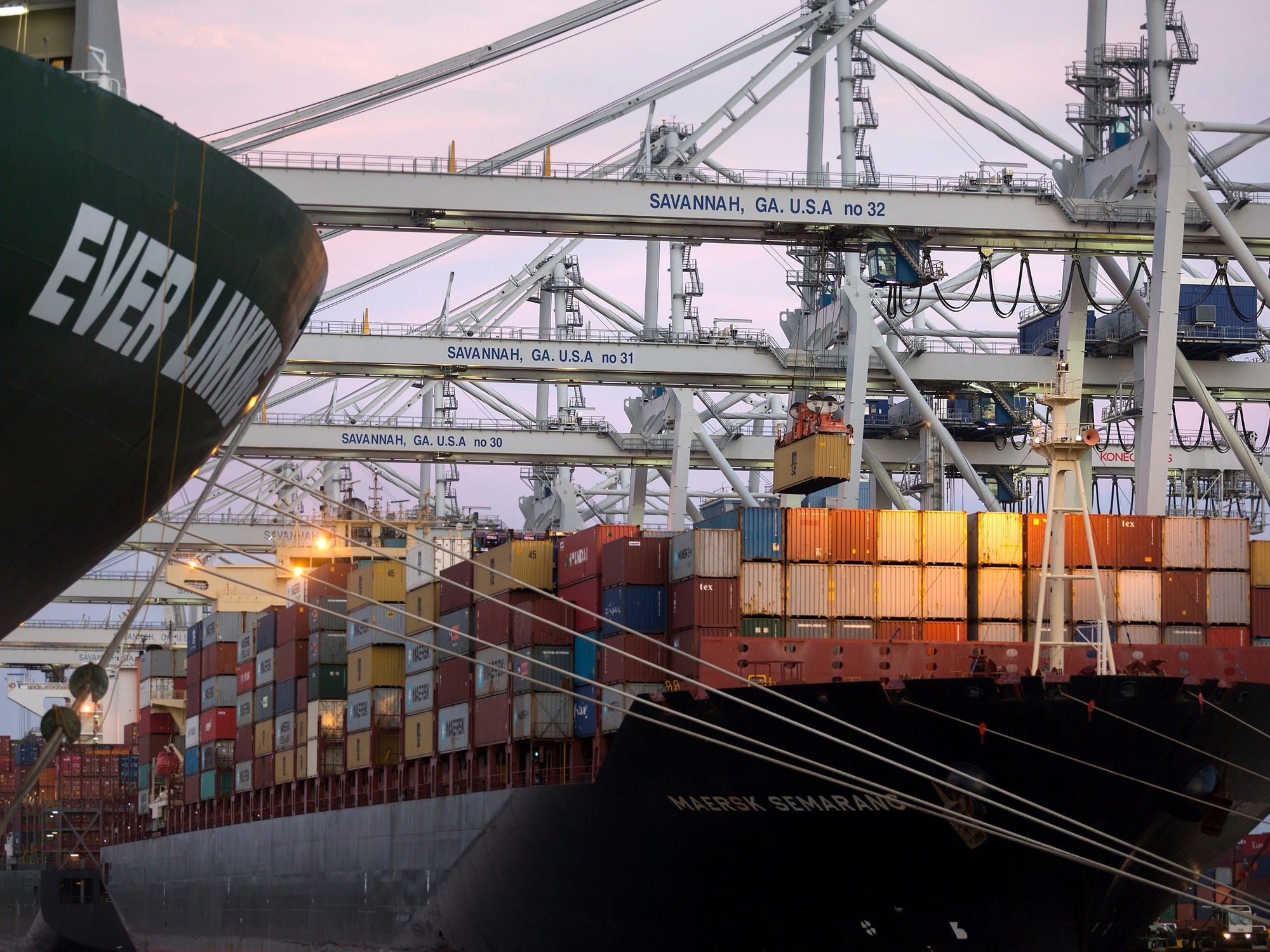 A Savannah tourism executive believes the backlog of cargo ships has increased tourism. Joseph Marinelli, president of Visit Savannah, said people are fascinated as the ships pass by. Savannah is the country's fourth-largest port and is dealing with packed shipping lanes due to supply-chain issues.

A Savannah tourism executive believes the backlog of cargo ships off the shore is drawing in fascinated tourists to the coastal city in Georgia.

Joseph Marinelli, president of Visit Savannah, told Insider that he's noticed visitors coming to Savannah specifically to see the backlog of cargo ships passing by the city on their way to the port.

"We're seeing visitation numbers grow with people that are interested in seeing, sort of, the parade of ships that are coming in and out of town," he said.

The country's fourth-largest port in Savannah has already seen record number of cargo ships move through its waters in recent months as shipping lanes are snarled across the world, including huge delays in California.

Marinelli said two or three months ago, he wouldn't have noticed any sort of impact that shipping had on the tourism industry.

Now, he said tools like smartphone apps that help fanatics keep an eye on ships' routes are luring in ship-watchers.

"It's almost like having a live IMAX theater right in front of you," Marinelli said. "Because these container ships, some of which are 1,000 feet long, are literally so close that you can almost feel like you can reach out and touch them."

He said that unlike other ports that may be closer or adjacent to the ocean, the Port of Savannah requires cargo ships to traverse the Savannah River, bringing the action closer to shore for passersby.

River traffic hasn't been an issue either lately, Marinelli said, due to close coordination between local river cruises and authorities, including the Georgia Ports Authority, to keep things running smoothly.