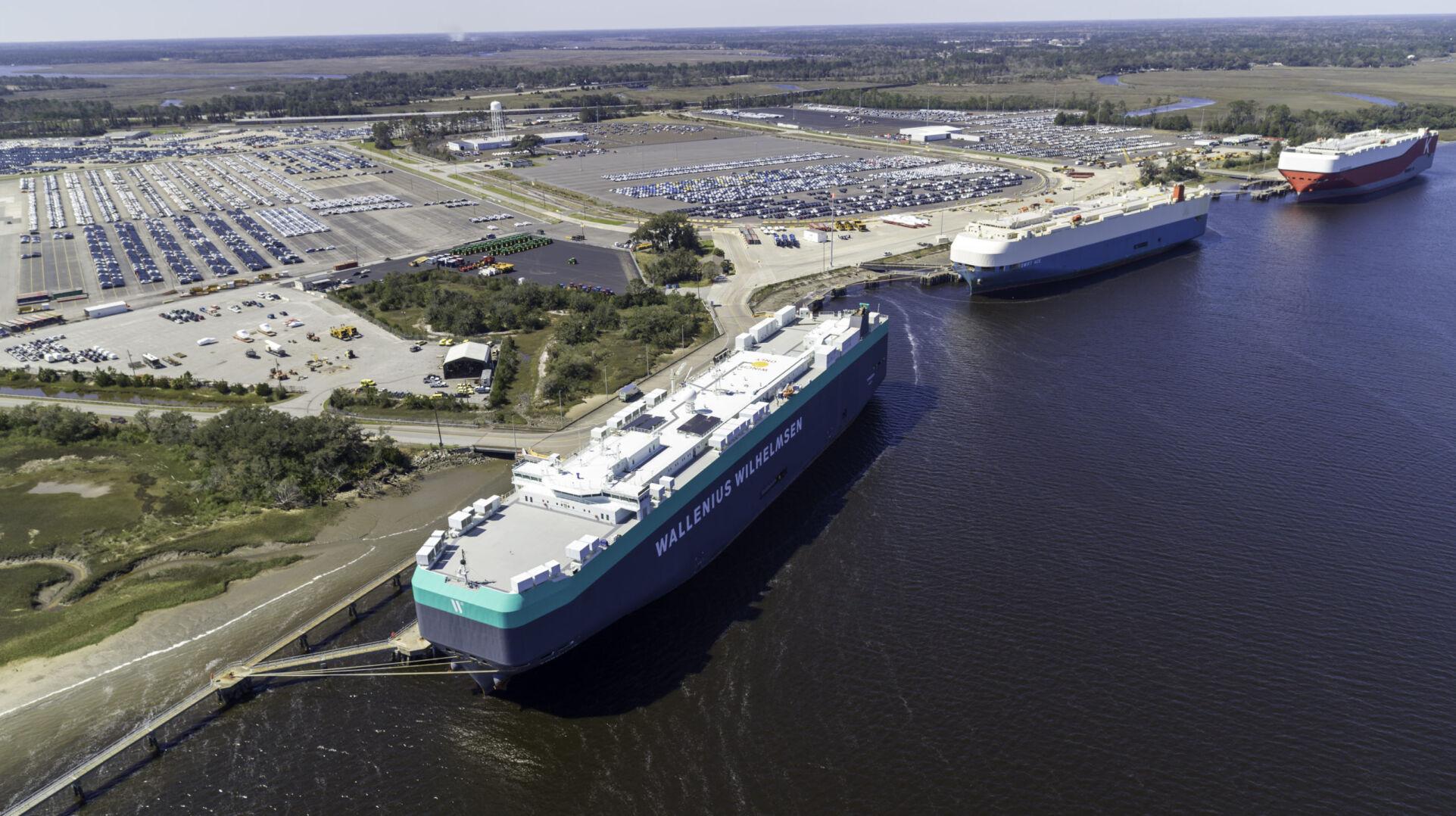 June 2, 2022 - After three years, U.S. Army Corps of Engineers (Corps) planners have finalized an environmental study for Brunswick Harbor, Ga.’s widening, expansion, operation and maintenance. Corps officials signed a Finding of No Significant Impact (FONSI) and Environmental Assessment (EA) for the study May 25.

In partnership with the Georgia Ports Authority, the Corps conducted a study on Brunswick Harbor for future dredging that would reduce transportation inefficiencies by increasing maneuverability of ships. Large tides and resulting strong currents can cause navigation issues for larger vessels transiting to and from Colonel’s Island Terminal.

“To fulfill our legal and moral responsibility to the environment, we constantly seek ways to protect the most vulnerable species we encounter while performing our other missions,” said Col. Joseph Geary, Savannah District commander. “Harbor maintenance and improvement demonstrates our efforts to protect the environment while keeping commerce moving, a key to a healthy economy,” Geary said. “Throughout this project, we’ve been working hand-in-hand with the EPA and NOAA Fisheries to protect critically endangered right whales, endangered shortnose and Atlantic sturgeon, and multiple species of endangered sea turtles.”

After he signed the FONSI, Geary rescinded a policy limiting hopper dredge usage in Brunswick Harbor since the Corps identified it would not have a significant impact to endangered aquatic life.

Corps economists anticipate the recommended plan will yield an estimated annual net benefit of $2.2 million to the national economy.

Corps staff prepared the Integrated Feasibility Report (IFR), EA, and FONSI under the authority of Section 1201 of the Water Resources Development Act (WRDA) of 2016 and in accordance with the National Environmental Policy Act of 1969 (NEPA). Corps staff developed the IFR and EA to present the results of the study, analyze impacts of the proposed measures on the environment, and evaluate the effects of continued operations and maintenance (O&M) of the Federal navigation channel.

Pursuant to the NEPA, the Corps finalized the IFR/EA and has determined that there are no significant impacts requiring the preparation of an environmental impact statement.

The recommended plan, Alternative 8, includes removal of 205,000 cubic yards of material at the bend widener and 346,000 cubic yards at the turning basin expansion.  St. Simons Sound does not need dredging as it is naturally deep and only requires realignment of the authorized channel dimensions.  At this time the Corps plans to place all the dredged material in the Andrews Island Dredged Material Containment Area, but continues to evaluate beneficial use options through our navigation program.

Corps staff identified Alternative 8 as the recommend plan in the draft IFR/EA that they made available for review in June 2020 and July 21, 2021 and considered comments for an extended review period. The comments did not lead to a different recommendation.  The recommended plan for O&M includes the application of a risk assessment and management process to avoid and minimize impacts to species protected under the Endangered Species Act (ESA) and implementation of the 2020 South Atlantic Regional Biological Opinion (SARBO) for Dredging and Material Placement Activities in the Southeast United States dated July 30, 2020.

The signed FONSI and IFR/EA can be downloaded at: